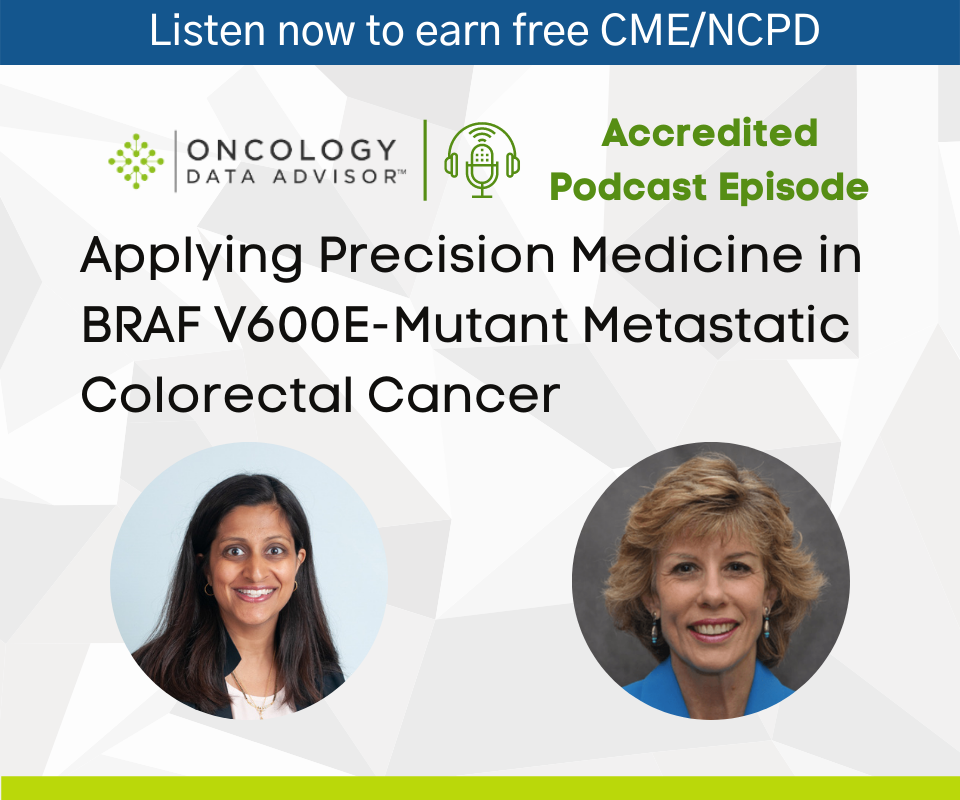 Colorectal cancer is the second leading cause of cancer death among men and women in the United States (ACS,2021). An estimated 149,500 new cases are diagnosed annually, and 52,980 people die of the disease (ACS, 2021). When detected and treated early at a localized stage, the 5-year survival rate is 90%. However, because colorectal cancer initially exhibits no symptoms and the use of routine screening is suboptimal, most patients are diagnosed at later stages (ACS, 2021). Approximately 22% of patients present with metastatic disease, which is associated with a 5-year survival rate of only 14% (Siegel et al, 2021). In addition, approximately 10% of colorectal cancers harbor a BRAF V600E mutation, which is associated with reduced progression-free survival and overall survival, regardless of disease stage. Despite recent advances in molecular testing and targeted therapies, the optimal treatment approach for BRAF V600E–mutant metastatic colorectal cancer remains unclear, resulting in a poor prognosis (Eng, 2021; Chu et al, 2020).