Atezolizumab Plus nab-Paclitaxel and Carboplatin FDA Approved for Metastatic NSCLC 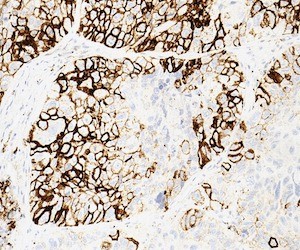 Approval was based on IMpower130 (NCT02367781), a multicenter, randomized, open-label trial that enrolled patients with stage IV non-squamous NSCLC, who had not received chemotherapy for the disease, but could have previously received EGFR or ALK kinase inhibitors. A total of 724 patients were randomized in a 2:1 ratio to receive either atezolizumab, nab-paclitaxel, and carboplatin, followed by single-agent atezolizumab or nab-paclitaxel and carboplatin, followed by maintenance pemetrexed.

The recommended dose for atezolizumab is 1200 mg, given as an intravenous infusion every three weeks. Atezolizumab should be dispensed first, before chemotherapy, on days when they are both administered to the patient.