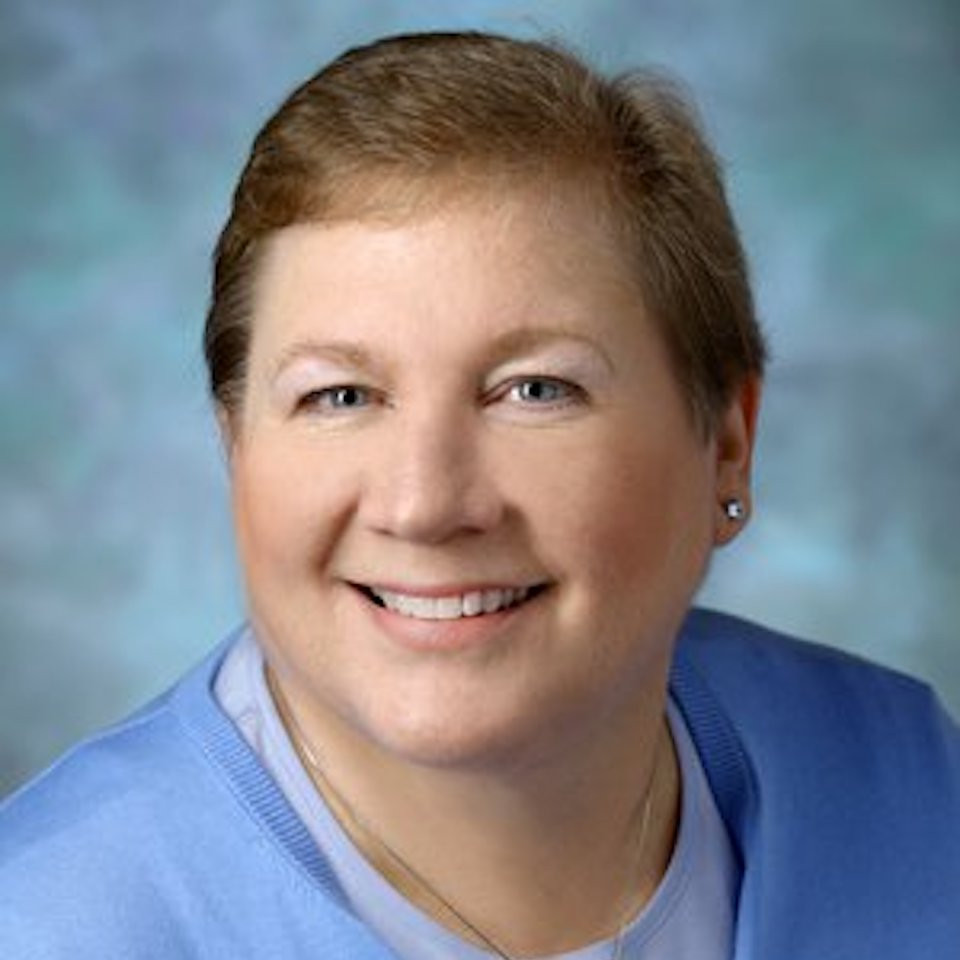 In honor of Breast Cancer Awareness Month, Lillie Shockney RN, BS, MAS, HON-ONN-CG, Professor of Surgery at Johns Hopkins University and a member of the National Breast Cancer Foundation (NBCF) Medical Advisory Council, discusses the genetic factors that come into play in the development of breast cancer. In addition, she shares advice for which individuals should receive genetic testing and when, as well as strategies for counseling individuals who are undergoing genetic testing.

Keira Smith: Welcome to Oncology Data Advisor. Today, Lillie Shockney, Professor of Surgery at Johns Hopkins University, will be discussing genetic testing and genetic risk evaluation for breast cancer. Thanks so much for joining us.

Keira Smith: There are several known breast cancer gene mutations today. Do you think that more will be identified?

Lillie S. Shockney: First, I'll tell you that I'm very sure more will be identified. The BRCA1 and BRCA2 gene mutations are the best well-known mutations. The first one was discovered in 1992 and the second one in 1993. We've known about them for quite some time, but there are some others that are far more rare. There are scientists, including scientists at Johns Hopkins, who are looking. I do believe that there will be several other breast cancer gene mutations that we will need to not just identify, but also develop a test to find them. These types of genetic tests are done with a blood test or with a saliva sample—what's called a buccal sample—where they take what looks like a long Q-tip, rub the inside of your cheek, and send it away for testing.

These types of tests are not done at the laboratory where the blood was drawn, the laboratory where the saliva was obtained, the breast center where you are getting your care, or at the mammography facility where you're getting your mammogram. They are sent to genetic laboratories, which are centralized facilities. The best known are out on the West Coast. It usually takes anywhere from a week to three weeks to get the test results back.

Once we have identified that yes, someone does have a gene mutation, now is the time to also think about what impact will this have on that person as an individual if she's already been diagnosed with breast cancer. When someone has a relatively small tumor in her breast, the majority of the time, that patient will do just fine having a lumpectomy—just removing the tumor with a margin of healthy tissue around it, followed by radiation. If she's got a gene mutation, that changes things a bit, because now she has a higher risk of the breast cancer coming back in that breast and also of developing disease in the opposite breast as a brand new primary breast cancer. A serious discussion is held about doing bilateral mastectomies, usually skin sparing (most of the time, nipple and areola sparing) provided that the tumor is at least 2 cm away from the nipple and areola underneath of it and that it is actually measured. Usually, reconstruction is also done at that same time.

We also pay attention to risk of recurrence in what is left of that breast tissue. We cannot remove every breast cell. Breast tissue goes up to the clavicle and goes down below the elastic band on the bra—what we call the bandeau—and around the bottom of the bra. We aren't able to take away all of that breast tissue, so we need to pay attention to that breast skin and continue to monitor more closely than what we would normally need to do if the patient did not carry a gene mutation. With a BRCA1 or BRCA2 mutation, we will also talk with her about getting her ovaries and fallopian tubes out at some point, based on if she's already had her family or plans to start a family. When will that be? We may have her have a baby or two and then get those ovaries and fallopian tubes out.

Then we have to look at the rest of her family. Because she is genetically positive for a gene mutation, that means that half of her siblings will carry the same gene. We also look upward at her parents to see where this gene mutation began. It could have begun with her. Sometimes we test parents and find neither one has anything, but most of the time we do find it within one of the parents and even the prior generation, a grandparent. When the gene is carried by a man, his risk of getting breast cancer is below 10%. However, he passes that on to his children. If it's a girl, now she's got a 60% to 80% risk. We just say, "Oh, well, Dad didn't get breast cancer, so he doesn't carry a gene." That's not how this works. He could have been spared from not getting it, but he still genetically passes it on to the offspring.

This can also create some sibling rivalry and some family fights. It's very unfortunate to see, but it does happen. I was once with a patient and her sister. The patient tested positive, and her sister tested negative. The sister that was positive looked at the sister that was negative and said, "You have had good luck all your life. I want to remind you, I have never forgiven you for stealing my boyfriend when I was 16." Well, both of these women were now in their 40s and she was now bringing up something that happened when they were teenagers. There were a lot of unfinished dynamics in that family, and it was going to get uglier and uglier, unfortunately. Sometimes, believe it or not, it could require a referral to psychotherapy for the family to talk about this and air their grievances. We say, "We want to focus on reducing your family's risk. We want to provide as much information to your family as we can so that people can make informed decisions."

Now, there certainly are women who test positive who will say, "I'm going to take my risk. I'm not going to do anything preventatively. I'll get a mammogram every year, and that's what I'm going to do." As long as we have thoroughly informed them and they've been able to repeat back to us in layman's terms that they did understand what we communicated to them, then that is their choice. Maybe she'll change her mind next year or in five years. She usually will have regrets if the breast cancer does happen, because then we're looking at treating the cancer and not just preventing the cancer. I'm also a believer in not rubbing anybody's nose in it and not making her feel guilty. I say, "Don't look backwards at what if, could if, etc. This is where we are today. We're going to move forward, and that's the best we can do."

Some of the research that's currently being done in the laboratories is to try to figure out if there a way to turn the gene mutation off so that it is not the catalyst for causing breast cancer. That type of research is being done, which I think is wonderful. It would be great if someone had a mutation but we were able to fool it and put it to sleep so that it can't do you harm. Then we wouldn't worry about finding positivity in gene testing.

Lillie S. Shockney, RN, BS, MAS, HON-ONN-CG: Her name is well known in the cancer field, especially in navigation, survivorship, patient-centered care, preservation of quality of life, end-of-life planning and care, and improving the cancer patient's experience and clinical outcomes. She clinically specializes in breast cancer care. Her public speaking, literary work, and notable roles over the last 40+ years are well known to many:

Bridging Disparities in Breast Cancer Morbidity and Mortality in Women of Color With Jessica Jones, MD