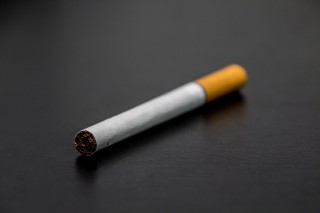 California's early adoption of aggressive measures to reduce and prevent smoking has dramatically decreased deaths from lung cancer compared with the rest of the United States, according to researchers at the University of California San Diego School of Medicine and Moores Cancer Center.

Tobacco smoke contains at least 70 known carcinogens, and up to 90% of US lung cancer cases have been linked to cigarette smoking. Lung cancer rates, note the authors of the study published in Cancer Prevention Research, are influenced by 3 smoking-related factors: how many people begin smoking, how much they smoke, and at what age they quit. California has effectively impacted all 3 of these factors in 2 ways. First, the state responded to early evidence of smoking's connection to lung cancer with strong policies aimed at discouraging smoking. Then California implemented the first statewide comprehensive tobacco control program in 1988.

The researchers examined trends in these 3 smoking behaviors using data obtained from the 1974 to 2014 National Health Interview Surveys, which covered a representative sampling of 962,174 individuals, 10% of whom were California residents. Among Californians between the ages of 18 and 35 in the years 2012 to 2014, only 18.6% had ever smoked, smokers consumed only 6.3 cigarettes per day, and 45.7% of those who had ever smoked quit by age 35.

"It is clear that from the early days of tobacco control, young people in California became increasingly less likely to become addicted smokers," commented the study's lead author, John P. Pierce, PhD, Professor Emeritus of Cancer Prevention at UC San Diego School of Medicine and Moores Cancer Center. "What we saw is that among people under 35 years old, the combination of a 39% lower initiation rate [compared with the rest of the United States], 30% lower consumption of cigarettes among those who did smoke, and a 24% higher early quit rate meant that young Californians now have much less exposure to cigarette smoking than those of similar age in the rest of the country… Quitting smoking at any age will improve a person's quality of life, but quitting before the age of 35 could help smokers avoid nearly all the negative health effects of smoking."

"Lung cancer mortality in California declined from an annual rate of 108 per 100,000 people over 35 years of age in 1985 to 62.6 per 100,000 in 2013. The speed of this decline is 33% faster than it has been in the rest of the United States," commented Scott M. Lippman, MD, UC San Diego School of Medicine Chugai Pharmaceutical Chair in Cancer and director of UC San Diego Moores Cancer Center, who was not involved in the study. "This is the largest decline ever seen in what has been the biggest epidemic of our time. While quitting smoking has increased across the country, this does not explain why the decline in lung cancer has been so much faster in California. This can only be attributed to the success of tobacco control in this state, which has been so effective in convincing young people not to smoke."