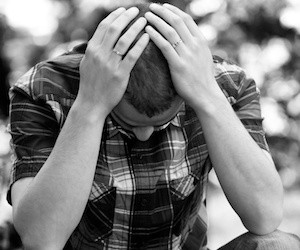 A new study by researchers at Penn State College of Medicine has found that the suicide risk for patients with cancer is four times that of the general population.

"Even though cancer is one of the leading causes of death in the United States, most cancer patients do not die from cancer; the patients usually die of another cause," commented Nicholas Zaorsky, MD, a radiation oncologist at Penn State Cancer Institute and first author of the study, which was published in Nature Communications. "There are multiple competing risks for death, and one of them is suicide. Distress and depression can arise from cancer diagnosis, treatment, financial stress, and other causes. Ultimately, distress and depression may lead to suicide. Our goal was to quantify the risk of suicide among cancer patients."

The researchers analyzed nationally representative data from the Surveillance, Epidemiology and End Results (SEER) program for the years 1973 to 2014. Among the 8,651,569 patients with cancer included in the study, 13,311 (0.15%) committed suicide.

The majority of patients who committed suicide were male (83%) and white (92%). Elderly, white, unmarried men with localized disease were at the highest risk. Among patients diagnosed with cancer prior to age 50, most suicides occurred in individuals with hematologic malignancies and testicular tumors. Among patients diagnosed after age 50, the majority of suicides occurred in individuals with prostate, lung, and colorectal cancers.

"The interesting thing we found was that it does seem to matter at what age a patient is diagnosed and what type of cancer that person has," remarked Dr. Zaorsky. "Treatments for some cancers—like leukemia and testicular cancer among adolescents and young adults, for example—can decrease a patient's fertility, and that seems to be one of the risks for suicide in the long term. In contrast, elderly patients who are diagnosed with lung, prostate, and head and neck cancers are at an increased risk of suicide for the remainder of their life."

Dr. Zaorsky emphasized the importance of using this data to develop suicide prevention approaches for patients with cancer: "This information could be helpful while developing guidelines and strategies for how and when to screen cancer patients for depression and distress. For example, aiming suicide prevention strategies at older patients and those with certain cancers, such as prostate, lung, leukemias, and lymphomas may be beneficial."

​Connecting With Patients With Cancer in Spite of COVID-19: Kiri A. Cook, MD