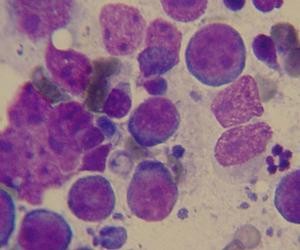 Unfortunately, cancer survivors have to be mindful that their cancer has a possibility of returning. Childhood survivors of Hodgkin lymphoma are no exception; they have an increased risk of developing subsequent malignant neoplasms (SMNs).

In order to better understand this risk, researchers from the University of Alabama at Birmingham revisited a study that had enrolled 1,136 patients diagnosed with Hodgkin lymphoma prior to age 17 between 1955 and 1986, following them for a median of 26.6 years.

"This large, multi-institutional, international cohort of childhood Hodgkin lymphoma allowed us to determine the risk of new solid cancers such as breast cancer, colorectal cancer, and thyroid cancer," remarked the study's senior author, Smita Bhatia, MD, MPH, Director of the School of Medicine Institute for Cancer Outcomes and Survivorship of the University of Alabama at Birmingham. "More importantly, we were able to use host and clinical characteristics to identify subgroups of Hodgkin lymphoma survivors who were particularly vulnerable to developing these new cancers."

Commented Allison Thompson-Graves, MD, one of the authors of the study, "As a physician and a childhood Hodgkin lymphoma survivor who developed radiation-related breast cancer 34 years after treatment, I cannot emphasize enough the importance of these data for the long-term care of survivors, as they not only underscore the necessity of lifelong cancer screening in that population, but also provide a stratification of risk for specific malignancies within subgroups, allowing for a more targeted approach to screening."

Hopefully, these results will provide physicians with motivation to continue screening cancer survivors for various malignancies long after remission is achieved.

Autophagy: A Key to Preventing Cancer