Could E-Cigarettes Cause Bladder Cancer? 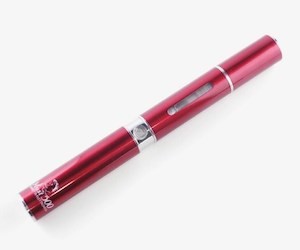 According to the results of a recently published study, carcinogenic biomarkers strongly linked to bladder cancer risk are found in the urine samples of electronic cigarette (e-cigarette) users.

E-cigarettes contain nicotine, additives, and other chemical solvents that can create numerous toxic compounds when heated. Their popularity has increased dramatically in recent years, especially in the adolescent and young adult population. Between 2017 and 2018, usage increased nearly 80% among high school students and 50% among middle school students, and it is estimated that 3.6 million young adults currently use e-cigarettes. Agencies such as the National Institutes of Health and the Centers for Disease Control maintain that extensive health risks, including pulmonary, neurological, and carcinogenic effects, are associated with e-cigarette use. However, the potential impact of e-cigarette use on the development of bladder cancer had not yet been investigated.

In a study now published in European Urology Oncology, a team of researchers led by Marc Bjurlin, DO, MSc, of the Department of Urology at the University of North Carolina Chapel Hill's Lineberger Comprehensive Cancer Center, analyzed the urine samples of e-cigarette users to determine whether they contained carcinogenic biomarkers of bladder cancer. Dr. Bjurlin and colleagues analyzed the samples of participants in 22 studies published between 2015 and 2019, including four randomized controlled trials, six multi-institutional studies, 10 single-institutional studies, two analyses performed by the US Population Assessment of Tobacco and Health, and one analysis performed by the National Health and Nutrition Examination Survey. The analysis included a total of 1,259 participants with a median age of 36 years.

A total of 63 unique toxicant or carcinogenic metabolite biomarkers were identified in the urine samples of e-cigarette users. Six of the identified compounds—pyrene, naphthalene, fluorene, phenanthrene, o-toluidine, and 2-naphthylamine—are strongly linked to bladder cancer. O-toluidine and 2-naphthylamine were found at 2.3- and 1.3-fold higher levels, respectively, in the samples of e-cigarette users compared with those of non-users. E-cigarette users also had significantly higher levels of 3-hydroxyfluorene and 1-hydroxypyrene, carcinogens that are associated with an increased risk of bladder cancer, compared to nonusers.

"Taken together, these findings suggest that e-cigarettes have the potential to impact pathways that contribute to bladder cancer," conclude Dr. Bjurlin and colleagues in their publication. "Clinicians should act on the side of caution when advising patients about the use of e-cigarettes... Although the malignant potential of e-cigarettes for bladder cancer remains unknown and is likely less than that of combustible cigarettes, the mere presence of these urinary biomarkers strongly associated with carcinogenesis is highly concerning."