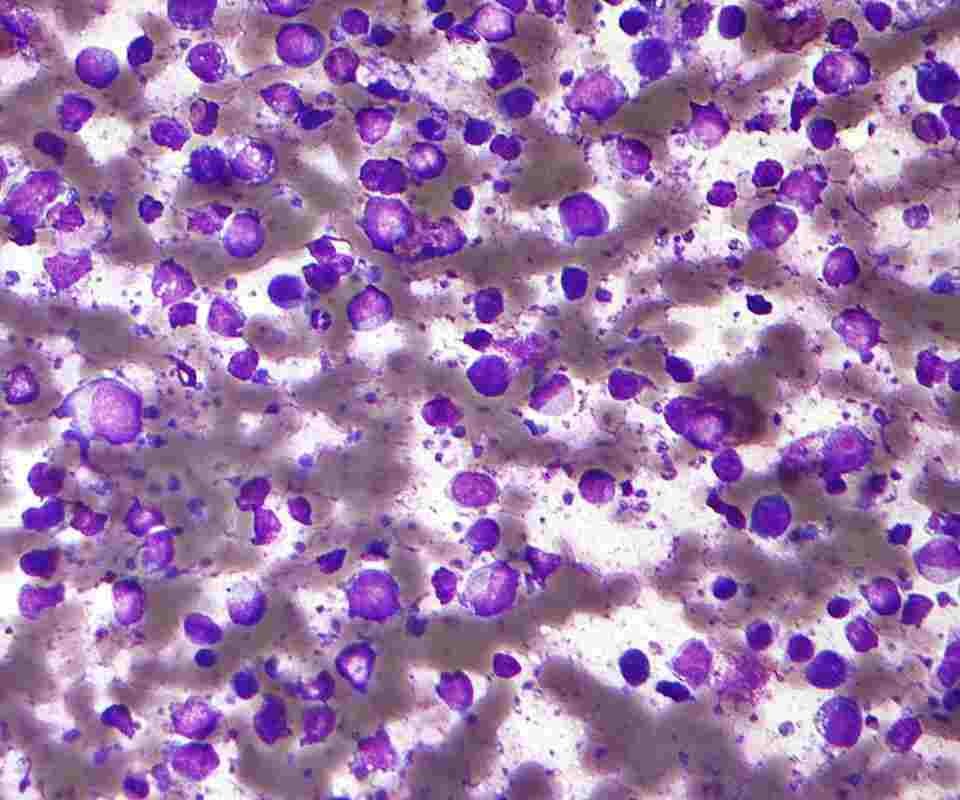 Complete surgical resection prior to immunochemotherapy may benefit patients with diffuse large B-cell lymphoma (DLBCL) under the age of 60, according to results from a subgroup analysis of the phase 3 PETAL trial.

Unlike the treatment of solid tumors, the treatment of lymphoma focuses almost exclusively on systemic therapy. Surgical resection is generally only performed for diagnostic value, and little evidence exists regarding its impact on outcomes for patients with lymphoma.

"Modern imaging techniques, such as [18]fluorodeoxyglucose (FDG) positron emission tomography (PET), have highlighted the overwhelming impact of tumor burden on outcome," comment the investigators in their publication in Cancer Medicine, led by first author Christine Schmitz, MD, a hematologist-oncologist at Essen University Hospital in Essen, Germany. "We recently showed that four of the five factors of the International Prognostic Index (Ann Arbor stage, extranodal disease, performance status, lactate dehydrogenase) were mere surrogates of total metabolic tumor volume as measured by FDG‐PET. Given the relationship between tumor mass and prognosis, it is tempting to speculate that surgical debulking prior to systemic therapy may improve outcome."

In the substudy of the phase 3 PETAL trial, which enrolled 1,073 patients with newly diagnosed aggressive B-cell or T-cell lymphomas in a study of PET-guided therapy of aggressive non-Hodgkin lymphoma, Dr. Schmitz and colleagues investigated the correlation between complete surgical resection and outcomes in patients with non-Hodgkin lymphoma who underwent chemotherapy or immunochemotherapy. The substudy included 67 patients from PETAL with a negative baseline PET scan. All patients received a minimum of six cycles of cyclophosphamide/doxorubicin/vincristine/prednisone), with the addition of rituximab for those with CD20-positive disease. Completely resected disease was defined as the absence of detectable lesions on both PET and computed tomography (CT) scans and a negative bone marrow biopsy.

Among patients with DLBCL in the subgroup analysis, patients who had undergone complete surgical resection had a higher rate of complete remission compared with those who had undergone incomplete resection in the overall PETAL cohort (100% vs 82.4%), but there was no significant difference in overall response rate (100% vs 98.1%, P=1.0). Complete resection increased the rate of two-year progression-free survival in patients under the age of 60 (100% vs 92.2%) but not in those over the age of 60 (83.6% vs 85.3%). Two-year overall survival was also somewhat higher in patients under the age of 60 with completely resected disease compared with those without resected disease (100% vs 95.9%), although this trend did not reach statistical significance (P=0.075). Among 11 patients with peripheral T-cell lymphoma (PTCL), 8 of whom had completely resected disease, complete resection did not result in any statistically significant differences in outcomes compared with incomplete resection, regardless of age.

"To our knowledge, the current analysis is the first prospective study in completely resected aggressive lymphoma. It confirms a possible benefit of resection in early-stage DLBCL previously observed in retrospective studies," conclude Dr. Schmitz and colleagues. "Our results lend support to the hypothesis that the prognosis of low-tumor burden DLBCL may be further improved by complete lymphoma resection. When the presenting findings are compatible with the diagnosis of lymphoma and the affected area can be removed without jeopardy, complete resection could be worth a consideration."

To Fight Cancer, Grow T Cells in a Lab