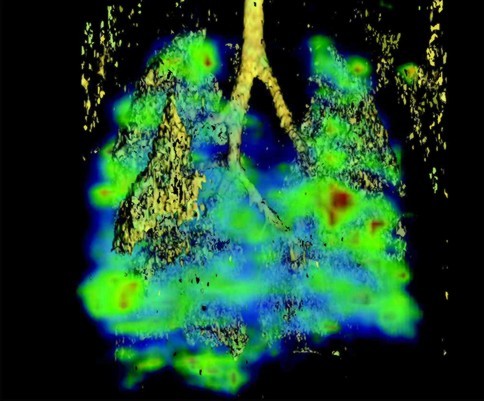 A new study has demonstrated that durvalumab (Imfinzi®, AstraZeneca) improves survival for patients with stage III, unresectable non-small cell lung cancer (NSCLC) whose disease has not progressed after chemoradiotherapy.

Durvalumab, an intravenously administered immune checkpoint inhibitor, was approved in February by the United States Food and Drug Administration (FDA) as a standard-of-care treatment for this indication. It works by blocking programmed cell death ligand 1 (PD-L1), a protein found on immune cells called T cells. The function of PD-L1 is to prevent T cells from attacking other cells in the body. In some patients with NSCLC and other cancers, an excess of PD-L1 enables the cancer to evade the body's immune defenses. By inhibiting PD-L1, durvalumab allows T cells to successfully fight off the cancerous cells.

"Approximately one-third of patients with non-small cell lung cancer have advanced stage III disease at the time of diagnosis," remarked Scott Antonia, MD, PhD, chair of the Department of Thoracic Oncology at Moffitt Cancer Center & Research Institute. "Standard treatment has been chemotherapy and radiation, but 85% of patients do not respond to the therapy. Adding durvalumab to the standard treatment has made a big impact for this group of patients."

Durvalumab was first approved by the FDA in 2017 for locally advanced or metastatic bladder cancer. To investigate its effectiveness in advanced NSCLC, Dr. Antonia launched the PACIFIC trial (NCT02125461).

In PACIFIC, 709 patients with unresectable stage III NSCLC and no disease progression following chemoradiotherapy were randomized in a 2:1 ratio to receive durvalumab or placebo. Durvalumab significantly improved the 24-month overall survival rate (66.3% vs 55.6%) and prolonged progression-free survival (17.2 vs 5.6 months) compared with placebo. The median time to death or distant metastasis was 28.3 months for durvalumab, compared with 16.2 months for placebo. Grade 3 or 4 adverse events of any cause were seen in 30.5% of the durvalumab group and in 26.1% of the placebo group, with 15.4% of the durvalumab group and 9.8% of the placebo group discontinuing the trial regimen due to adverse events.

Dr. Antonia emphasized the importance of durvalumab as a treatment innovation for patients with advanced NSCLC: "It's allowing them to live longer and potentially increasing their chance for cure."