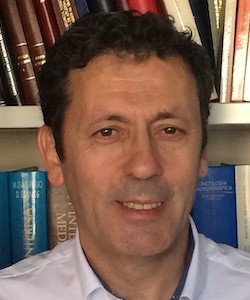 Because most patients with small-cell lung cancer (SCLC) present with extensive-stage disease—in which the cancer has spread to both lungs or throughout the body—survival rates are poor, and there is a need to develop alternative treatments to improve outcomes. In their study now published in The Lancet, Luis Paz-Ares, MD, and colleagues found that in patients with extensive-stage SCLC (ES-SCLC), the addition of the immunotherapy drug durvalumab to a chemotherapy regimen of platinum/etoposide significantly improved median overall survival compared with platinum/etoposide alone (13.0 months vs 10.3 months). In this interview with i3 Health, Dr. Paz-Ares, Professor of Medicine and Chair of the Department of Medical Oncology at the Hospital Universitario Doce de Octubre in Madrid, Spain, discusses the promising benefits of durvalumab and the future of immunotherapy in the treatment of patients with ES-SCLC.

What are some of the most challenging aspects of treating patients with ES-SCLC?

How does durvalumab/platinum/etoposide compare with current first-line treatments for ES-SCLC?

Dr. Paz-Ares: The addition of durvalumab to the chemotherapy backbone—platinum/etoposide—resulted in improved outcomes for patients in the CASPIAN trial, including improved overall survival. During the study period, there was a decrease in the risk of death that translated to an increase in median overall survival, from 10.3 months in the platinum/etoposide group to 13 months in the durvalumab/platinum/etoposide group. In addition, we have observed consistent improvements in progression-free survival, response rate, duration of response, and quality of life. The adverse event profile of this chemotherapy/immunotherapy regimen was also manageable.

How do you see the treatment of ES-SCLC evolving?

Dr. Paz-Ares: We are continuously searching for novel therapeutics for this disease in the hopes of improving patient outcomes. Over the next few years, we anticipate an increase in the use of immunotherapies—hopefully including novel strategies and molecular targets—and better treatment tailoring based on predictive biomarkers.

Do you have any words of advice for community oncologists and other physicians treating patients with ES-SCLC?

Dr. Paz-Ares: I would recommend maximizing the use of existing therapies for these patients, including immunotherapies such as durvalumab or atezolizumab. Also, consider offering clinical trials testing novel strategies either at your center or at other institutions, in hopes that these trials will benefit not only the patients actually included but also those who will be diagnosed in the future.

Luis Paz-Ares, MD, is a Professor of Medicine and Chair of the Department of Medical Oncology at the Hospital Universitario Doce de Octubre in Madrid, Spain. He is also an Associate Professor at the Universidad Complutense and is Head of the Lung Cancer Unit at the Spanish National Cancer Research Center in Madrid. Dr. Paz-Ares specializes in the treatment of lung cancer, and his research focuses on the development of new therapeutic strategies for this disease.