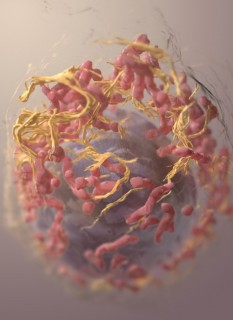 Researchers have identified and optimized a synthetic chemical adjuvant that enhances an experimental cancer vaccine, enabling it to treat aggressive melanoma and immunize against its recurrence.

For cancer immunotherapy to succeed, it must cause tumor antigen-specific cytotoxic T lymphocytes (CTLs) to activate, augmenting the body's own cancer-fighting ability. An adjuvant can strengthen this adaptive immune response, enhancing the body's attack on cancer antigens.

Diprovocim, the adjuvant developed by the researchers, targets Toll-like receptor (TLR)1 and TLR2, innate immune receptors in both mice and humans. For this study, 24 mice engrafted with the murine melanoma B16-OVA, a highly aggressive form of melanoma, were given anti–PD-L1 therapy. They were then split into 3 subgroups: some received the cancer vaccine alone, some received the vaccine plus Diprovocim, and some received the vaccine plus alum, a different adjuvant. The results were startling. Over the course of 54 days, none of the mice receiving only the cancer vaccine survived, and only 25% of those who had received the alum adjuvant survived. In contrast, those who had received Diprovocim had a 100% survival rate. Furthermore, when the researchers attempted to reestablish the tumor in the Diprovocim-treated mice, the tumor would not take hold, indicating that the mice had been successfully vaccinated against it.

"This co-therapy produced a complete response—a curative response—in the treatment of melanoma," stated Dale Boger, PhD, chemistry professor at the Scripps Research Institute. Dr. Boger co-led the study with Bruce Beutler, MD, chair of cancer research at the Center for the Genetics of Host Defense at UT Southwestern.

The vaccine with Diprovocim is simple to administer, as it does not need to be injected directly into a tumor; instead, it is delivered as an intramuscular injection. The researchers have plans for further preclinical testing with this vaccine design, and they intend to study its effectiveness in combination with other cancer therapies.