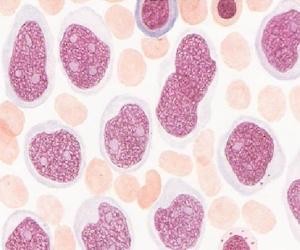 The FDA has now approved ivosidenib (Tibsovo®, Agios Pharmaceuticals, Inc.) as a first-line treatment for patients 75 years or older with acute myeloid leukemia (AML) and a susceptible IDH1 mutation who have comorbidities that prevent them from safely using intensive induction chemotherapy.

Ivosidenib has previously been approved for patients with AML with no comorbidities. However, AML is mainly a disease found in older adults; nearly a third of all AML cases are diagnosed in those older than 75 years.

Approval was granted based on a study that enrolled participants who had newly diagnosed AML with an IDH1 mutation detected by the Abbott RealTime™ Assay. Patients had to be 75 years or older or meet at least one of the following criteria: baseline Eastern Cooperative Oncology Group performance status of ≥2, severe cardiac or pulmonary disease, hepatic impairment with bilirubin >1.5 times the upper limit of normal, or creatinine clearance <45 mL/min.

In the study, ivosidenib was dispensed orally to 28 patients. Drug administration continued until disease progression, development of unacceptable toxicity, or hematopoietic stem cell transplantation. Almost half (42.9%) of the patients achieved complete remission with partial hematologic recovery, and out of the 17 transfusion-dependent patients, 7 achieved transfusion independence lasting for at least 8 weeks.

"The Phase 1 results for Tibsovo® demonstrated that this oral, single agent therapy can induce durable responses in newly diagnosed AML patients with an IDH1 mutation," commented Gail J. Roboz, MD, Professor of Medicine at Weill Cornell Medicine in New York. "Many patients included in the study had features associated with particularly aggressive and challenging forms of AML, including secondary disease, adverse risk genetics and prior treatment with hypomethylating agents."

The IDH1 mutation must be confirmed using an FDA-approved test. Recommended dosing for ivosidenib is 500 mg orally once daily, taken with or without food for a minimum of six months or until disease progression or unacceptable toxicity.