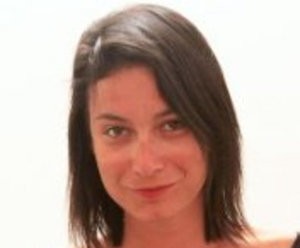 Results of TRIBE2, a phase 3 trial (NCT02339116), show that the triplet treatment FOLFOXIRI (fluorouracil/leucovorin/oxaliplatin/irinotecan) plus bevacizumab is more effective at treating patients with metastatic colorectal cancer than FOLFIRI (irinotecan/leucovorin/fluorouracil) plus bevacizumab. In an interview with i3 Health, Chiara Cremolini, MD, lead researcher of this study, provides insights on the results of this trial as well as how the future of treatment for metastatic colorectal cancer will evolve.

Can you explain the significance of your results?

Chiara Cremolini, MD: The TRIBE2 study was conceived in order to answer some frequently asked questions with regard to the impact of the triplet FOLFOXIRI plus bevacizumab as upfront treatment of metastatic colorectal cancer. In fact, while the previous TRIBE study demonstrated a significant benefit from FOLFOXIRI/bevacizumab when compared with FOLFIRI/bevacizumab in terms of progression-free survival, response rate, and overall survival, concerns still existed with regard to the feasibility and the efficacy of subsequent lines of therapy, and the actual superiority of the upfront exposure to the three cytotoxics when compared with a pre-planned strategy of administration of the same cytotoxics in two subsequent lines of less toxic doublets. In fact, the increased incidence of some adverse events with the triplet when compared with doublets was regarded as an issue for the wide use of this therapeutic option in the daily clinical practice.

The TRIBE2 study provides clear answers: FOLFOXIRI/bevacizumab followed by the reintroduction of the same agents after progression improves the long-term outcome of patients with metastatic colorectal cancer when compared with the sequence of FOLFOX/bevacizumab followed by FOLFIRI/bevacizumab after progression. Positive results in terms of progression-free survival 2 (ie, the time from randomization to the second evidence of disease progression) and overall survival clearly demonstrate the feasibility and efficacy of treatments after first progression. In fact, the second-line progression-free survival was similar in both arms, thus suggesting that the previous exposure to first-line FOLFOXIRI/bevacizumab in the experimental arm did not impair the efficacy of treatments after progression. Moreover, when looking at the subgroup of patients who actually received the pre-planned second-line therapy the reintroduction of FOLFOXIRI/bevacizumab provided additional benefit when compared with the first exposure to FOLFIRI/bevacizumab. Of note, these results were achieved in an academic multicentric trial including 56 Italian oncology units, coordinated by the non-profit GONO (Gruppo Oncologico del Nord Ovest) Foundation.

What makes upfront FOLFOXIRI plus bevacizumab a more effective treatment than doublets/bevacizumab for patients with metastatic colorectal cancer?

Dr. Cremolini: FOLFOXIRI/bevacizumab is a highly active regimen able to consistently improve response rate, progression-free survival, and overall survival when compared with doublets/bevacizumab at the price of an increased risk of developing diarrhea, neutropenia, and febrile neutropenia (that however was around 8%, below the threshold for the prophylactic use of granulocyte colony-stimulating factor [G-CSF]). This advantage was demonstrated in a population of molecularly unselected and previously untreated patients, with poor prognostic features, including a high percentage of RAS or BRAF mutations, and of right-sided tumors. On the other side, the percentage of patients with left-sided and RAS/BRAF wild-type tumors was below 20%. Since these patients are the best candidates for first-line doublets plus anti-epidermal growth factor receptor (EGFR), and are under-represented in the TRIBE2 study, this therapy is still the preferred choice in these patients, while the combination of the triplet plus an anti-EGFR is currently under investigation in a phase 3 trial. Finally, while FOLFOXIRI/bevacizumab was initially regarded as an option only as conversion therapy (ie, in potentially resectable tumors), the TRIBE and TRIBE2 studies highlight that the benefit is not limited to these patients, but it is clearly demonstrated also among patients with a diffuse spread of disease.