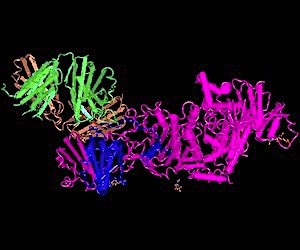 Patients are often given antiviral prophylaxis after autologous HSCT in order to prevent this problem, but whether the prophylaxis works depends on how well the patient adheres to the treatment. In addition, there is no standard for the duration of the prophylaxis, and herpes zoster often occurs once the prophylaxis has been discontinued. Vaccination can provide long-term protection, but since patients who have received autologous HSCT are immunocompromised, they should not receive live attenuated vaccines. Because the adjuvant recombinant zoster vaccine is nonlive, it does not present this issue.

For this study, published in JAMA, 1,846 adults who had undergone autologous HSCT in the past 50 to 70 days were randomized in a 1:1 ratio to receive two doses either of placebo or of the recombinant zoster vaccine, which consists of the varicella-zoster virus glycoprotein E antigen and the AS01B adjuvant system, administered to the deltoid muscle. Patients were given the first dose 50 to 70 days following transplantation and then were given the second dose one to two months later. The patients, whose mean age was 55 years, were followed for a median of 21 months.

Of the 1,735 patients who received a second dose (94% of study participants), 49 patients receiving the vaccine experienced at least one confirmed herpes zoster episode, compared with 135 patients in the placebo group. This data equates to 68.2% vaccine efficacy. Among the 1,846 patients receiving at least one dose, the vaccine demonstrated 63.7% efficacy. The vaccine also significantly reduced the incidence of postherpetic neuralgia (1 patient in the vaccine group vs 9 in the placebo group) and of other prespecified herpes zoster-related complications (3 patients vs 13 patients). In addition, it substantially diminished the duration of severe worst herpes zoster-associated pain (892 days vs 6,275 days).

Injection site reactions were much more common in patients receiving the vaccine (86% vs 10%); 84% of patients receiving the vaccine experienced injection site pain, which was of grade 3 severity for 11% of patients. Both groups experienced similar rates of serious adverse events, potentially immune-mediated disease, and relapse of the underlying disease.

"The efficacy in this transplant population was lower than in nontransplant populations aged 50 years or older (91%), which may reflect a weaker immune response due to underlying hematologic disease and the high-dose preparative regimens given prior to autologous HSCT. Nevertheless, the overall efficacy in participants who received at least one dose appeared very similar to that of a heat-inactivated varicella-zoster virus vaccine administered to a similar population. However, this level of protection was achieved by a four-dose schedule of the heat-inactivated vaccine compared with a two-dose schedule of the recombinant zoster vaccine," write the researchers. "An advantage of the short two-dose posttransplantation schedule is that more patients might complete the vaccination program."

HSCT: Improving Communication Between the Transplant Center and the Oncologist With Miguel-Angel Perales, MD