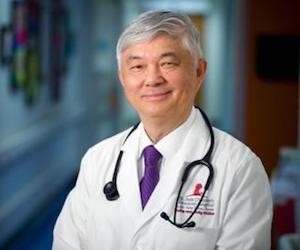 Around 2% of all pediatric patients with acute lymphoblastic leukemia (ALL) have hypodiploid ALL, a high-risk subtype in which leukemic cells have 25 to 44 chromosomes rather than the standard 46. Researchers have now found important clues that can help alter the poor prognosis for this condition.

In a new study published in the Journal of Clinical Oncology, investigators performed a retrospective study of patients with hypodiploid ALL enrolled in research trials for 16 cooperative study groups or institutions between 1997 and 2013. The investigators analyzed the impact of clinical and biologic characteristics, early therapeutic responses, treatment with or without protocols stratified by minimal residual disease (MRD), and allogeneic transplantation on patients' overall survival.

After the researchers excluded patients with high hypodiploidy (44 chromosomes) from their analysis and made adjustments for other variables, including waiting time to transplantation, they found no significant difference in disease-free survival between the 42 patients who received transplantation and the 186 patients who underwent chemotherapy alone, with five-year survival rates of 59% and 51.5%, respectively.

"This study confirms our earlier observation that patients with hypodiploid ALL who have no evidence of minimal residual disease after remission induction therapy should not be transplanted," stated the study's first author, Ching-Hon Pui, MD, Chair of the Department of Oncology at St. Jude Children's Research Hospital. "We recommend continued treatment with intensive chemotherapy."

The researchers note that in contrast with the ineffectiveness of allogeneic transplantation in these patients, MRD-stratified treatments are important to improving the outcome of hypodiploid ALL.