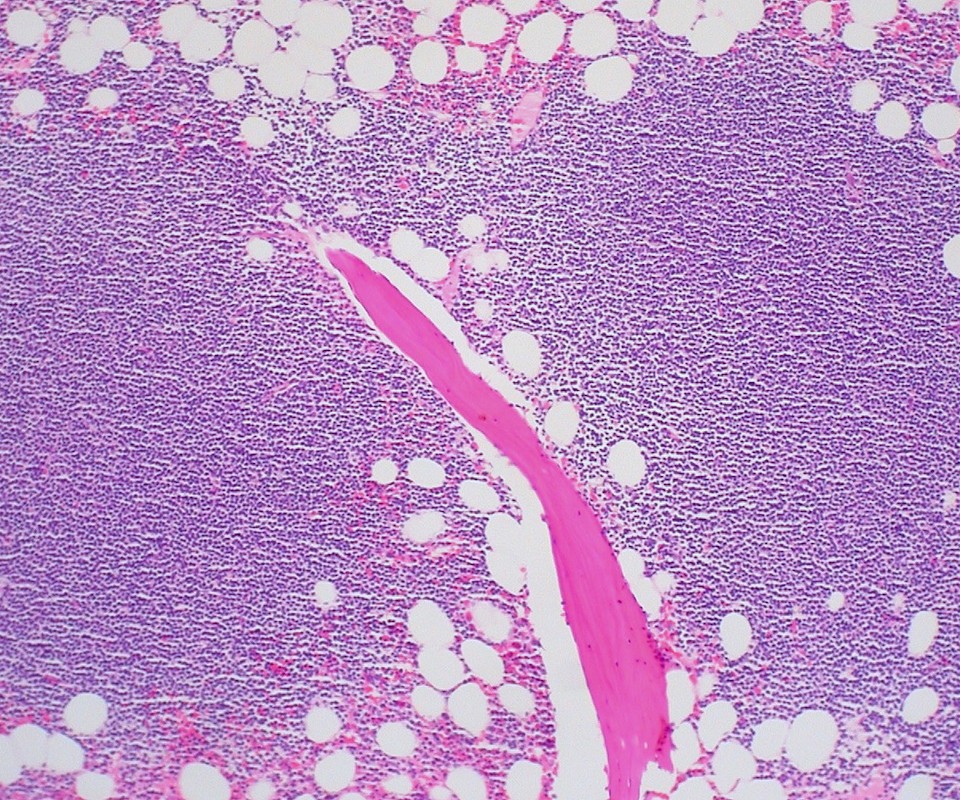 Today, the FDA expanded the approval of ibrutinib (Imbruvica®, Pharmacyclics LLC) to include combination therapy with rituximab for the first-line treatment of adults with chronic lymphocytic leukemia (CLL) or small lymphocytic lymphoma (SLL). Ibrutinib, an oral Bruton's tyrosine kinase (BTK) inhibitor, has previously been approved for treatment-naive CLL in combination with obinutuzumab.

The new approval was based on the Eastern Cooperative Oncology Group (ECOG) E1912 trial (NCT02048813), a multicenter, open-label phase 3 trial in which 529 adults age 70 or younger with previously untreated CLL were randomized in a 2:1 ratio to receive either a single cycle of ibrutinib monotherapy followed by six cycles of ibrutinib/rituximab followed by ibrutinib alone until disease progression, or six cycles of chemoimmunotherapy with fludarabine/cyclophosphamide/rituximab (FCR). The trial's primary end point was progression-free survival, with overall survival as a secondary end point.

Published in August 2019 in The New England Journal of Medicine, the interim analysis, done after a median follow-up of 33.6 months, reported that patients taking ibrutinib/rituximab experienced a higher three-year progression-free survival rate compared with patients taking FCR (89.4% vs 72.9%), as well as an increased three-year overall survival rate (98.8% vs 91.5%). At a later follow-up with a median duration of 37 months, median progression-free survival had still not been reached in either arm.

In a subgroup analysis, ibrutinib/rituximab increased the three-year progression-free survival rate compared with FCR for patients without immunoglobulin heavy-chain variable region (IGHV) mutation (90.7% vs. 62.5%). However, it did not improve progression-free survival for patients with IGHV mutation (87.7% for ibrutinib/rituximab vs 88.0% for FCR, with a difference that did not reach statistical significance).


"Among patients 70 years of age or younger with previously untreated CLL, the combination of six cycles of ibrutinib/rituximab therapy followed by ibrutinib given continuously until relapse resulted in progression-free survival and overall survival that were superior to those with six months of chemoimmunotherapy with [FCR]," conclude the investigators, led by first author Tait Shanafelt, MD, Jeanie and Stew Richie Professor of Hematology and Chief Wellness Officer at Stanford Medicine. "However, indefinite use of ibrutinib therapy has been associated with substantial expense and the potential for long-term toxic effects and may increase the risk of clonal selection leading to drug resistance."

Whereas the overall rate of grade 3 or higher adverse events of any cause was similar for ibrutinib/rituximab compared with FCR (80.1% vs 79.7%), grade 3 or higher infectious complications were less frequent with ibrutinib/rituximab than with FCR (10.5% vs 20.3%). Adverse reactions occurring in at least 30% of patients with CLL/SLL receiving ibrutinib included thrombocytopenia, diarrhea, fatigue, musculoskeletal pain, neutropenia, rash, anemia, bruising, and nausea.

The recommended ibrutinib dose is 420 mg taken orally once daily with water. In the trial, rituximab was initiated in Cycle 2, at which point it was administered at 50 mg/m2 on Day 1 and 325 mg/m2 on Day 2, followed by 500 mg/m2 on Day 1 of five subsequent cycles, for a total of six cycles.