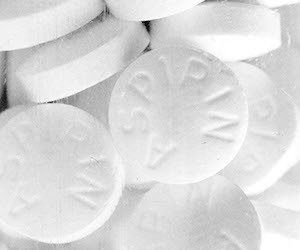 ​Researchers have now revealed that aspirin can increase the dismal survival chances for biliary tract cancers.

Because these rare diseases may not produce symptoms until the later stages, 60% to 70% of patients with biliary tract cancers present with later-stage disease. Less than 10% have resectable tumors at the time of diagnosis, and 50% present with lymph node metastasis. As a result, the median survival is under a year, with five-year survival rates ranging from 5% to 15%.

"There is a critical need for treatments that improve [biliary tract cancer] survival," write the researchers in their new publication in JAMA Oncology, led by first author Sarah S. Jackson, PhD, a postdoctoral fellow, and senior author Jill Koshiol, PhD, an investigator, both in the Infections and Immunoepidemiology Branch of the National Cancer Institute Division of Cancer Epidemiology and Genetics. "Aspirin has been proposed as a treatment to reduce cancer mortality because it may slow cancer growth through the inhibition of both cyclooxygenase, which promotes inflammation and cell proliferation, and platelet aggregation, which may slow the metastatic spread of cancer."

While the researchers acknowledge a limitation in the lack of data on cancer stages and chemotherapy regimens received, they highlight one notable fact: "The survival benefit of aspirin observed in our study is on par with the current standard of care."

Reduced Risk of Ovarian Cancer With Low-Dose Aspirin Use