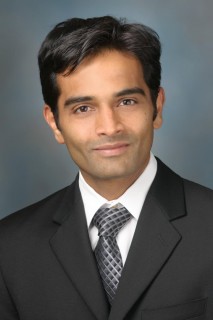 ​A phase 2 clinical trial of a chemotherapy/immunotherapy combination involving azacitidine and nivolumab has produced promising results in patients with relapsed or refractory acute myeloid leukemia (AML).

The most common type of leukemia, AML is a deadly cancer of the blood and bone marrow with a 5-year survival rate of only 27.4%. Some patients experience relapse after initial treatment success; others have refractory disease, where some leukemic cells remain in the bone marrow even after aggressive treatment. Intensive salvage therapy, the form of treatment with the best chances of response for relapsed or refractory AML, has a response rate of only 30%.

Research advances in immunotherapy have resulted in a variety of immune checkpoint inhibitors as treatments for different cancers. A number of these agents, including nivolumab, involve preventing programmed death-ligand 1 (PD-L1) from binding to its receptor, programmed cell death protein 1 (PD-1), as the interaction of PD-1 and PD-L1 suppresses the immune system, preventing it from attacking the cancer cells.

"Over the last decade, six PD-1, PD-L1 and CTLA-4 antibodies have been approved for over 25 indications in 10 tumor types in the U.S. and Europe," commented Naval Daver, MD, Associate Professor in the Department of Leukemia at MD Anderson and lead author of the study, which was published in Cancer Discovery. "However, single agent PD-1 antibodies have shown little effect in patients with relapsed AML or high-risk MDS [myelodysplastic syndrome]."

Azacitidine, a chemotherapy drug approved for patients with MDS and commonly used to treat older patients with newly diagnosed AML, is a hypomethylating agent. Hypomethylating agents (HMAs) boost anti-tumor immune signaling by increasing activity of interferon-gamma pathway genes, human leukocyte antigen (HLA) class 1 antigens, and viral defense pathways. However, they also decrease antitumor immunity by promoting PD-1 and PD-L1 expression in solid tumors and in MDS/AML. Since the upregulation of PD-1 and PD-L1 may be one cause of cancer's resistance to HMAs, the researchers evaluated whether adding the PD-1 inhibitor nivolumab to azacitidine would safely and effectively address the issue of treatment resistance.

The researchers found that the levels of CD3 and CD8 cells in bone marrow and peripheral blood samples taken prior to therapy predicted treatment response. "In particular," noted Dr. Daver, "CD3 appeared to have a high sensitivity and specificity rate for predicting response, indicating it might serve as a reliable biomarker for selecting patients for this combination therapy."

Several additional clinical trials of combined immunotherapy/chemotherapy treatments are taking place. Dr. Daver expressed confidence in the results of future studies: "We believe that implementation of clinical and immune biomarkers to select patients are likely to yield further improved outcomes with these types of therapies in AML."