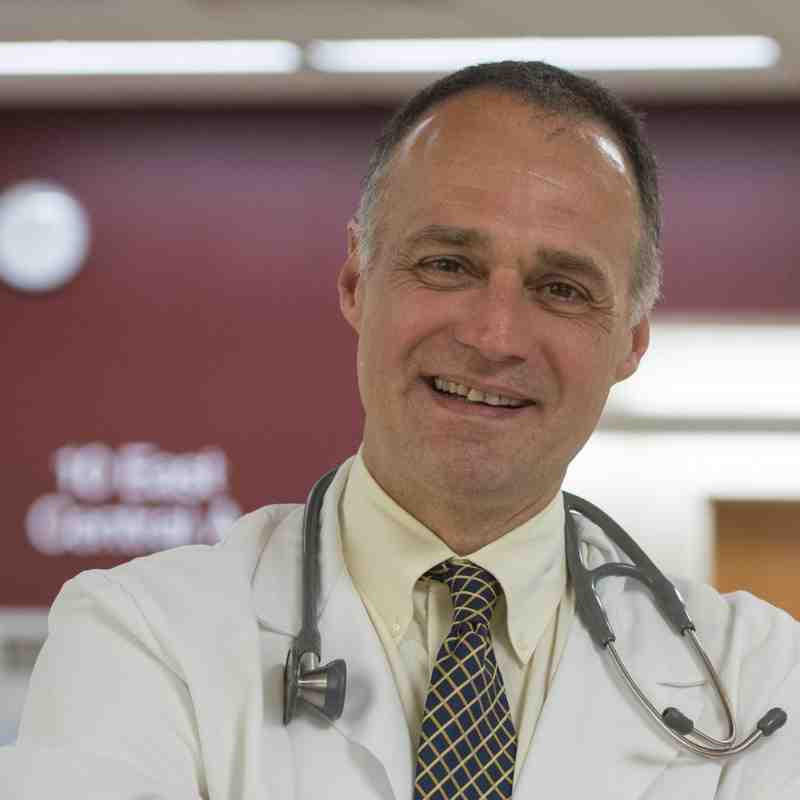 In the phase 3 BELINDA trial, a team of researchers led by Dr. Michael Bishop, Director of Hematopoietic Stem Cell Transplantation at the University of Chicago Medicine, investigated tisagenlecleucel (tisa-cel), a chimeric antigen receptor (CAR) T-cell therapy, as second-line treatment for patients with relapsed/refractory aggressive non-Hodgkin lymphoma. The investigators found that tisa-cel did not improve event-free survival compared with the standard of care, which consisted of platinum-based chemotherapy followed by autologous stem cell transplant in responders. Dr. Bishop recently presented the results of the trial at the 63rd American Society of Hematology (ASH) Annual Meeting & Exposition in Atlanta, Georgia. In this interview with Oncology Data Advisor, he explains how these results should be interpreted and their significance for the future of CAR T-cell therapy.

Oncology Data Advisor: The BELINDA trial was designed with the expectation that second-line treatment with tisa-cel would provide a superior outcome for patients with aggressive B-cell non-Hodgkin lymphomas as compared with the current standard-of-care treatment of chemotherapy followed by autologous stem cell transplant, particularly in patients whose disease was refractory to chemotherapy. Despite tisa-cel not having a higher event-free survival than the standard of care, this trial gave many patients an option for therapy. How would you counsel a patient regarding CAR T, based on this trial data?

Michael Bishop, MD: Wow, that's the first time somebody's ever asked me that. The most important thing is weighing risk and benefit. If things are equally efficacious, which has the least toxicity? That would be looking directly at it. I think it's really important that the results on the autologous stem cell transplant arm weren't that great, as well. Tisa-cel looked to be equally efficacious, but it was a little bit disappointing in comparison with two other trials in which CAR T cells showed a significant benefit.

What I would counsel patients is that these two other trials, which used different products and had different approaches on how to do this, those might be better options in this situation. That's the main thing: weighing risk and benefit, and realizing that maybe patients could derive benefit from what would be the standard of care, which is autologous stem cell transplant if their disease is chemosensitive. If their disease wasn't chemosensitive, then CAR T cells would be an option for them. I think what's going to happen though is that based upon the two other trials, they're going to go for clinical indication, and those might be options for those patients as well.

Oncology Data Advisor: The thing that really struck me about your trial was it seems that every patient who was going to fail with the stem cell transplant got put into the CAR T arm. You basically had the patients with the most aggressive cancer, so it's very hard to compare the results.

Dr. Bishop: As a matter of fact, we do think that the patient population was extremely aggressive disease. I think that was the thing that we took away the most in trying to get their disease under control; it was very, very difficult. That's again when we try to compare this to the other trials where they were getting patients to CAR T cells earlier. We actually think that's a very, very important aspect of why we didn't see better results.

Oncology Data Advisor: In the BELINDA trial, bridging chemotherapy was used to reduce disease burden and crossover between standard of care and CAR T. This was allowed to maximize the number of patients treated. How do we reconcile this with the results, and what does it mean for patients with the most aggressive disease?

Dr. Bishop: Extremely important question. We struggle with that. We're already selecting out for a patient population whose disease is already chemo-refractory by definition because their disease came back very early. As a matter of fact, two-thirds of the patients didn't respond at all. You can turn to second-line agents, but only a minority of those are going to respond. As we can see, those responses are going to be very, very temporary.

So do you need to do that? Sometimes, yes, just to give you that window of opportunity to at least get their disease semi–under control while you're trying to generate CAR T cells in general. My approach to this is if you think that you can get the CAR T's as quickly as possible and the patient's relatively stable, it's probably better not to give them bridging chemotherapy. But if you have to give bridging chemotherapy, try to limit the amount.

Oncology Data Advisor: Okay. So this brings me to my third question. The trial wasn't geared for subgroup analysis, but when you look at the data of the non-US patients versus the US patients, the non-US patients as a group received more bridging therapy and a longer time to CAR T-cell infusion, but they had a slightly improved median event-free survival of 3.3 months versus 2.9 months.

Dr. Bishop: Yeah, it's exactly what you said. It's just a couple of weeks' difference, and did the chemotherapy temporarily give them respite from an inevitable progression? I would think that's actually probably what happened. I think it's only a temporary benefit in terms of the slightly better outcome in event-free survival.

Oncology Data Advisor: There is clearly probably some balance between disease burden versus CAR T?

Oncology Data Advisor: Is there any way to have some threshold of disease burden where you know to keep proceeding?

Dr. Bishop: Yeah. Let's just say there is this imaginary level. We'll call it 50, and the patient's at 52. Now all of a sudden they get bridging therapy, and for three out of 10 patients, it goes from 52 to less than 50; but for seven out of 10, now you're at 60. "Oh, it actually progressed while on there." You can't predict for which patients that's going to benefit or not. For those patients, those seven out of 10, did you do them a disservice by not just taking them immediately to CAR T cells?

Oncology Data Advisor: The problem is each patient only has one outcome, and you have to do the best by your patients.

Dr. Bishop: So I don't know the right answer to that. But again, after looking at this trial, the importance of getting the patient to the CAR T cells as soon as possible is the key here, because we don't have that. Unfortunately, we don't have that ability to distinguish who will benefit potentially from bridging. As a whole, getting them to CAR T cells more quickly is better, at least at this point.

Oncology Data Advisor: Thanks so much. I just want to thank you first of all for the interview, but second of all for doing this wonderful work.

Dr. Bishop: Oh, well, thanks. Really—it's the patients. We do all of this because we just want patient outcomes to be better. That's what I think was most discouraging to me, because I really did believe that this was going to result in improved outcomes. The fact that it didn't improve the outcome is the same, but hopefully we learned a lot from it. These are the insights that I've garnered and my colleagues have garnered from this study, and we hope that it will benefit future patients as well.

Michael Bishop, MD, is a Professor of Medicine and Director of the Hematopoietic Stem Cell Transplantation Program at the University of Chicago Medicine. He specializes in the treatment of patients with lymphomas and other hematologic malignancies, with particular expertise in hematopoietic transplant and cellular therapies. Dr. Bishop's research focuses on the prevention and treatment of posttransplant relapse, and he has served as an investigator of numerous clinical trials. In addition, he has authored two books, more than 30 book chapters, and over 150 peer-reviewed publications focused on improving outcomes for patients with hematologic malignancies.