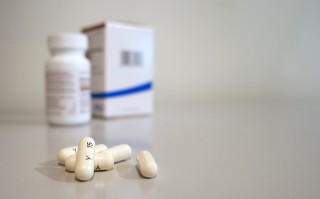 Photo by Julie Viken from Pexels

Surgery for early-stage lung cancer often results in persistent pain, which can be debilitatingly intense for approximately 10% of patients. It is considered standard of care to prescribe opioids immediately after surgery with the intention of controlling pain during the following several weeks. This practice involves some risk, however: medical opioid prescriptions increase patients' likelihood of opioid abuse and overdose.

In order to determine whether video-assisted thoracoscopic surgery (VATS), a minimally invasive surgical technique used in early-stage lung cancer, reduces the need for opioids compared with traditional open resection, researchers from Mount Sinai analyzed data from 3,900 patients with NSCLC. Of these patients, who were located through the Surveillance, Epidemiology, and End Results (SEER) Medicare-linked database, 50.9% had undergone VATS, while 49.1% had undergone open resection.

Most of the patients (70.9%) were given an opioid prescription upon discharge from surgery, and 15.5% exhibited long-term opioid use. The researchers defined long-term use as filling one or more prescriptions in the first 90 days after surgery followed by filling an additional prescription between 90 and 180 days after surgery. All of the patients included in the study were considered "opioid naive," meaning that they had no record of opioid medication prescribed in the 30 days prior to surgery.

Several additional factors impacted opioid use. Patients were less likely to use opioids in the long term if they were older and had higher income. They were more likely to do so if they had a higher comorbidity score, large-cell histology, use of sleep medication during the 30 days prior to surgery, or history of a previous psychiatric condition. After all these variables had been accounted for, however, the risk of long-term opioid use was still lower in patients undergoing VATS.

"The escalating severity of the opioid epidemic in the United States highlights the need for additional research into how pain management after surgery might be a contributing factor to the opioid addiction," commented senior investigator Emanuela Taioli, MD, PhD, Director of the Institute for Translational Epidemiology and Professor of Thoracic Surgery and of Population Health Science and Policy at the Icahn School of Medicine at Mount Sinai. "The findings suggest that surgical patients should be treated in the least invasive way to limit pain and the need for opioids after surgery and that minimally-invasive surgical techniques for lung cancer might reduce the need for opioids compared to traditional open surgery."