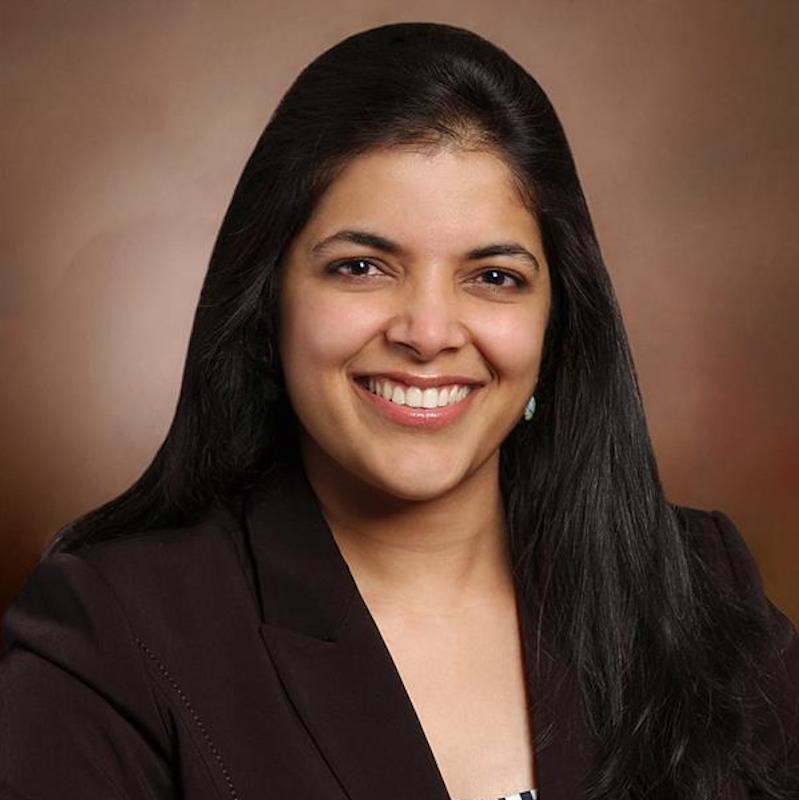 For patients with relapsed/refractory large B-cell lymphoma (LBCL), treatment options are limited, and outcomes remain poor with the current standard of care. In the phase 3 TRANSFORM trial, Dr. Manali Kamdar, Clinical Director of Lymphoma Services at the University of Colorado Anschutz School of Medicine, and colleagues investigated the efficacy of lisocabtagene maraleucel (liso-cel), an anti-CD19–directed chimeric antigen receptor (CAR) T-cell therapy, in this setting. Dr. Kamdar recently presented the results of this trial at the 63rd American Society of Hematology (ASH) Annual Meeting & Exposition. In this interview with Oncology Data Advisor, she explains the significance of the trial's results, discusses the potential of liso-cel to impact the evolving treatment landscape for relapsed/refractory LBCL, and shares advice for community oncologists related to streamlining the CAR T-cell therapy referral process for their eligible patients.

Oncology Data Advisor: What are some of the most challenging aspects of treating patients with relapsed/refractory LBCL?

Manali Kamdar, MD: Just by way of background, we do know that patients who have primary relapsed/refractory LBCL have exceptionally poor outcomes, especially if the relapse happens within 12 months of primary chemoimmunotherapy. For nearly two decades now, there has been only one standard of care, which has been giving them salvage chemotherapy. If they respond, then we take them to an autologous bone marrow transplant. Unfortunately, not many patients respond to salvage chemotherapy. Even if they do respond and go through an autologous transplant, among patients who have relapsed within 12 months after receiving chemoimmunotherapy, only a quarter of these patients actually experience durable remission. As a result, this high-risk subset remains a fairly unmet need in this field.

Oncology Data Advisor: What role does the TRANSFORM trial play in addressing these unmet needs, and what is the significance of its results?

Dr. Kamdar: We are fully aware of the fact that CAR T-cell therapy, especially liso-cel, was tested in the third-line setting in the TRANSCEND-NHL-001 study. It showed excellent efficacy and manageable safety, which actually led to the FDA approval for this drug to be used in the third-line setting for relapsed diffuse large B-cell lymphoma (DLBCL). That's really the idea behind the TRANSFORM study design. TRANSFORM is a randomized pivotal global multicenter phase 3 trial testing liso-cel against the standard of care, which is salvage chemotherapy followed by an autologous stem cell transplant in patients with primary relapsed/refractory LBCL in the second-line setting. We are really trying to bring CAR T-cell therapy forward so that something we know can benefit in the third-line setting, if given early, could hopefully benefit a lot more patients sooner.

This study design randomized patients between the ages of 18 and 75 with high-risk relapsed LBCL. They were randomized to receive either liso-cel or the standard of care. Patients on the liso-cel arm could receive one cycle of bridging therapy. On the other hand, patients in the standard-of-care arm received the standard three cycles of salvage chemotherapy followed by autologous transplant if they were to respond. The good thing about this clinical trial, which makes it distinct from the other studies, is the fact that crossover was permitted in the patients who did not respond to standard of care. Overall, a total of 184 patients were randomized to the two groups, and 63% of patients did end up getting bridging therapy in the liso-cel arm. On the other hand, in the standard-of-care arm, only about 46% of patients responded to salvage and went on to get an autologous transplant. About 50 patients were approved for crossover, and 47 received liso-cel in the third-line setting.

The primary end point of this study was event-free survival, and the secondary end points were progression-free survival, overall survival, and complete response rate, as well as patient-reported outcomes. What I presented was an interim analysis of this study at the 6.2-month mark as the median follow-up. I'm delighted to say that the primary end point has been met: event-free survival was statistically significant and superior in the liso-cel arm, at 10.1 months versus 2.3 months in the standard of care arm. Similarly, the key secondary end points of complete response rate and progression-free survival were statistically significant and higher in the liso-cel arm compared with the standard of care arm.

What are also noteworthy are the overall survival curves. With a median follow-up of 6.2 months at the interim analysis, the overall survival is leaning towards favoring liso-cel. If you look at the two curves, they are clearly splitting, and they are favoring liso-cel. We are very excited to see, at a follow-up that is longer than 6.5 months, what these overall survival curves will do. The other thing to underscore about this clinical trial is the fact that, in terms of safety, it was an extremely manageable drug. There were some patients in this clinical trial who did receive liso-cel as outpatients, and they actually stayed outpatient. It was extremely convenient for these patients.

Additionally, the overall safety profile was comparable between liso-cel and the autologous transplant group. Toxicities of unique interest were those which are very common for patients who receive CAR T-cell therapy: for example, cytokine release syndrome (CRS) and neurological toxicity. It's extremely impressive to note that most of these toxicities were low grade. In fact, there was only one instance of grade 3 CRS, and there were only four grade 3 neurological events. Also important to highlight is the fact that there were absolutely no instances of grade 4 or grade 5 CRS, nor were there neurological toxicities noted in the liso-cel infusion arm. I think this is extremely important to highlight because the other studies in this setting did show toxicities that were high grade.

Overall, what I can say in conclusion is that the TRANSFORM study at this prespecified interim analysis met its primary end point of event-free survival, as well as the key secondary end points of complete response rate and progression-free survival. The overall survival curves are looking impressive right now. They look like they're trending towards liso-cel, and this is despite the crossover; that's something we need to keep in mind. The safety profile is extremely tolerable, and there were no new safety signals seen. Again, there were absolutely no grade 4 or grade 5 toxicities in terms of CRS or neurological events that were seen in the liso-cel arm.

After almost two decades, there is now something that we can offer these patients with high-risk relapsed LBCL, with an event-free survival rate of 63%. At the same time, there is a 59% reduction in progression-free survival events and a complete response rate that is higher by 27%. I think liso-cel is a potential new standard of care that, after two decades, has finally defeated the standard of care of salvage followed by an autologous transplant. Pending regulatory approval, I think this certainly sets a precedent to become the new potential standard of care, and that's the highlight of this study.

Oncology Data Advisor: Thank you so much for that overview of such an important trial. In addition to the TRANSFORM study, are there any other patient populations in which liso-cel is currently being studied?

Oncology Data Advisor: Wonderful; that's great to know. As CAR T-cell therapy becomes increasingly used in the clinic, do you have any advice for clinicians regarding how to make it more accessible for their patients?

At the same time, the advantage of liso-cel is that in a handful of patients, this was given as outpatient therapy. As the community oncology units start getting ramped up, who knows? These products could potentially be delivered there. As of today, in terms of the logistics and the resources that are available, this is something that is confined to academia only. However, over the last four years that I have been doing CAR T-cell research, all of the community oncologists in my region have been more than comfortable sending their patients over to an academic setting. Then, once the patients are finished with the infusion, they basically return to their community practice. It's been a seamless referral process.

Manali Kamdar, MD, is an Associate Professor of Medicine and the Clinical Director of Lymphoma Services at the University of Colorado Anschutz School of Medicine. She specializes in the treatment of patients with leukemia and lymphoma, with particular expertise in blood and marrow transplant and CAR T-cell therapy. Dr. Kamdar has been an investigator of numerous clinical trials studying novel agents for patients with lymphoproliferative malignancies.