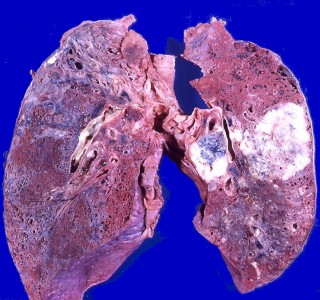 Lorlatinib (Lorbrena®, Pfizer, Inc.) is approved as second- or third-line treatment for patients with anaplastic lymphoma kinase (ALK)-positive metastatic non-small cell lung cancer (NSCLC) whose disease has progressed on crizotinib and at least one other ALK inhibitor for metastatic disease or whose disease has progressed on alectinib or ceritinib as the first ALK inhibitor therapy for metastatic disease.

FDA approval was granted based on a non-randomized, dose-ranging and activity-estimating, multi-cohort, multicenter study (Study B7461001; NCT01970865) of 215 patients with ALK-positive metastatic NSCLC who were previously treated with one or more ALKinhibitors. Overall response rate (ORR) and intracranial ORR, according to RECIST 1.1, were measured by an independent review committee.

According to Alice T. Shaw, MD, PhD, Professor of Medicine at Harvard Medical School and Director of the Center for Thoracic Cancers at Massachusetts General Hospital, "The last decade has witnessed dramatic improvements in the treatment of metastatic ALK-Positive non-small cell lung cancer due to earlier generation ALK biomarker-driven therapies. Yet almost all patients still relapse due to drug resistance, with a large proportion of patients developing new or worsening brain metastases.In a clinical study which included patients with or without brain metastases, Lorbrena demonstrated clinical activity in patients with metastatic ALK-positivenon-small cell lung cancer who had failed other ALK biomarker-driven therapies."