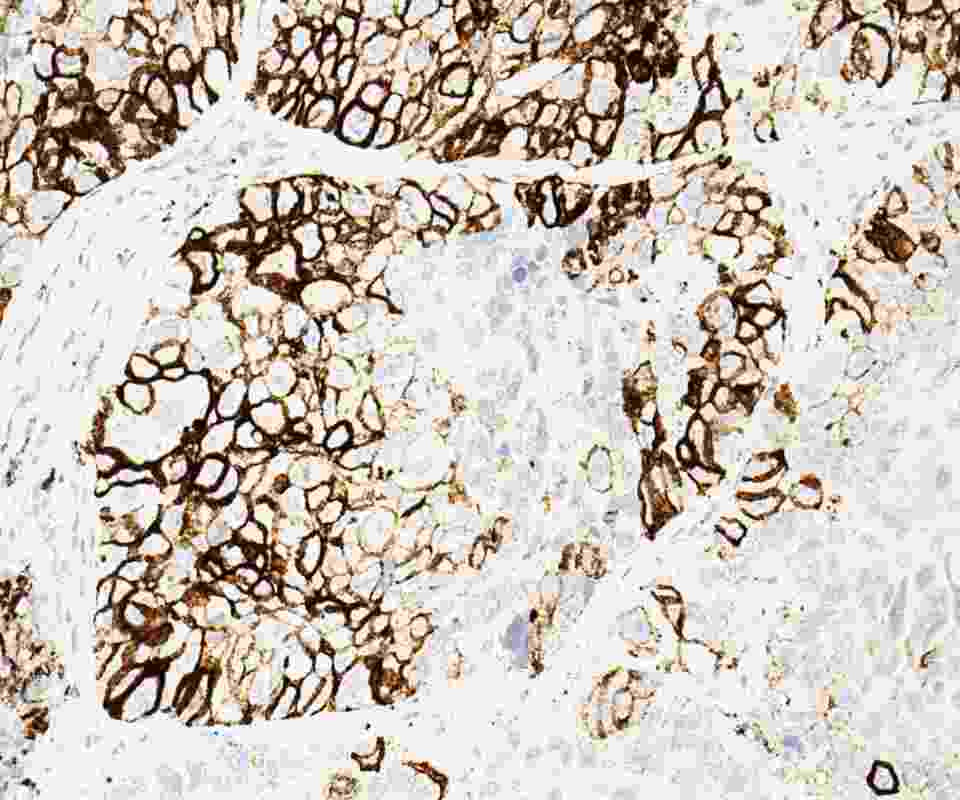 A subset of NSCLCs defined by their chromosomal rearrangements of the ALK gene are highly sensitive to small-molecule ALK tyrosine kinase inhibitors (TKIs). Lorlatinib is a novel third-generation small-molecule ALK TKI that was designed to cross the blood-brain barrier in an effort to better treat patients whose disease has progressed to the central nervous system, as this is a major cause of illness and death.

"The CROWN trial is a global randomized phase 3 trial comparing lorlatinib with crizotinib (the standard-of-care first-line treatment at the time of trial initiation) in patients with previously untreated advanced ALK-positive NSCLC," reported Alice T. Shaw, MD, PhD, Paula O'Keeffe Endowed Chair in Thoracic Oncology at Massachusetts General Hospital and Professor of Medicine at Harvard Medical School, and colleagues in their publication of results of the CROWN trial (NCT03052608), on which the approval was based, in the New England Journal of Medicine in November 2020. "In an interim analysis of results among patients with previously untreated advanced ALK-positive NSCLC, those who received lorlatinib had significantly longer progression-free survival and a higher frequency of intracranial response than those who received crizotinib."

CROWN enrolled 296 patients with ALK-positive NSCLC who had not received prior systemic treatment for metastatic disease. Eligible patients had at least one extracranial measurable target lesion that had not been previously irradiated. Patients were randomly assigned in a 1:1 ratio to receive either 100 mg lorlatinib daily or 250 mg crizotinib twice daily. The primary end point was progression-free survival, as assessed by a blinded independent review committee, or death from any cause. Secondary end points included overall survival, independently assessed objective response and intracranial response, and safety.

"Among patients with previously untreated advanced ALK-positive NSCLC, those who received lorlatinib had significantly longer progression-free survival, a higher overall and intracranial response, and better quality of life than those who received crizotinib," concluded Dr. Shaw and colleagues.

The recommended dose of lorlatinib for patients with ALK-positive NSCLC is 100 mg orally once daily.

Clinicaltrials.gov (2021). A study of lorlatinib versus crizotinib in first line treatment of patients with ALK-positive NSCLC. NLM identifier: NCT03052608.

Elizabeth Heller, PhD, is an Associate Editor at i3 Health and is a regular contributor to Oncology Data Advisor.