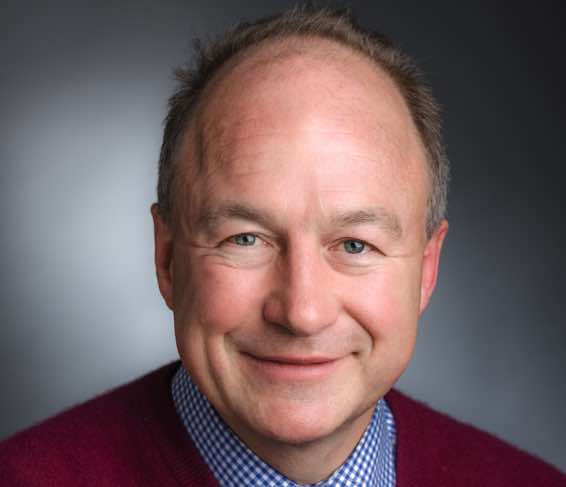 Melphalan flufenamide, a newly approved peptide-drug conjugate for multiple myeloma, specifically targets chemotherapy to tumor cells like a warhead on a guided missile. In the following interview, Dr. Paul Richardson, the Clinical Program Leader and Director of Clinical Research of the Jerome Lipper Multiple Myeloma Center at the Dana-Farber Cancer Institute, discusses the use of melflufen (Pepaxto®, Oncopeptides AB) for multiple myeloma.

Melflufen has its base in melphalan and the old technology of nitrogen mustard. The melphalan molecule is coupled with flufenamide into melflufen, which increases the targeting specificity of the drug. Is this just breathing new life into old drugs, or is it really revolutionary?

Paul Richardson, MD: I'm cautious about the analogy to phenylalanine mustard, as this is the chemical base to melphalan and was derived originally from mustard gas, which for patients quite understandably generates anxiety. I would rather ask, given the benefit of melphalan in myeloma, how do we minimize the longer-term toxicity of melphalan and improve the drug? The challenge for melphalan is that it is highly genotoxic, and so not only can it rarely cause myelodysplasia and secondary acute leukemia, but it also increases the mutagenic burden in the myeloma itself. Melphalan as a therapeutic was a very important advance and began its journey treating myeloma in the 1960s. In turn, autologous stem cell transplant in myeloma using high-dose melphalan as its base has for 30 years been absolutely key. As we go forward, it's valuable to look at ways to leverage the benefit of melphalan, but without the toxicity.

The question then becomes, how is melflufen different? I think it's very important to realize it's biochemically quite distinct. Melflufen is lipophilic, whereas melphalan is lipophobic. Whilst the chemical name is melphalan flufenamide, it's flufenamide with the melphalan warhead attached to it, and as a peptide-drug conjugate (PDC) it selectively delivers the melphalan moiety into the tumor cell. As the PDC is hydrolyzed by aminopeptidases within the myeloma cell, there are two products that emerge. One is melphalan and the other is p-fluoro-L-phenylalanine; together they drive damage to the myeloma cell, but in a targeted fashion, and specifically by delivering a chemotherapeutic through leveraging an enzyme system enriched in myeloma, but not in normal tissues.

Looking at it in a different way, there's a lot of aminopeptidase in myeloma and by delivering a PDC which aminopeptidases hydrolyze to deliver cytotoxicity, this hydrolyzed PDC is trapped within the myeloma. As a very smart piece of medicinal chemistry, this also creates a concentration gradient that facilitates even more delivery of melflufen into the cell.

Thus, it is very important to distinguish melflufen from melphalan. The difference is supported by studies in the lab, and the fact that its biological effects are different. For example, melflufen is a potent anti-angiogenic and it seems to be highly lethal to melphalan-resistant myeloma in animal models. In other words, melphalan damages myeloma but doesn't completely eradicate it in these model systems, but melflufen goes that next step up in better controlling disease.

What have the trial data shown regarding the efficacy of melflufen?

Dr. Richardson: In the original phase 1/2 O12M study published in Lancet Haematology last year, we saw a positive outcome in terms of an established dose and schedule, with impressive overall survival—specifically the median overall survival in our patient population was 21 months, which was significantly longer than expected for relapsed, refractory myeloma and in patients for whom other available treatments had failed. When we translated these findings to the HORIZON trial, which was a large 157 patient international study just published in the Journal of Clinical Oncology, it really showed what we hoped it would, which was a solid response rate of 30% that we can now build on in an exquisite population of unmet medical need. Very importantly, it targeted a population that's really challenging—patients who have developed extramedullary myeloma (EMD)—and EMD is a particularly ominous finding as it's a highly resistant form of the disease that is associated with very poor outcomes.

We especially saw this extramedullary feature in patients in whom antibody therapies had failed and were pleased to see a response rate of 24% in this population overall, not least because daratumumab itself generates a response rate in daratumumab-naive patients with EMD of around 17%. After daratumumab has failed a patient, to then get a 24% response from melflufen was an important signal to support future development, especially in combination with other active agents for EMD, such as proteasome inhibitors.

Do you think that it's possible to move melflufen up in the line of treatment for multiple myeloma?

Dr. Richardson: Absolutely, although one issue that I think we have to be very careful about is watching out for the same things that are challenges for melphalan. You can't expose people, in my opinion, for too long to melflufen because you may get myelosuppression and then you may run into the same issues that we see with melphalan, which are the small but real risks of myelodysplasia and/or secondary leukemia. In those very few patients in whom we have seen this to date, they had each received a lot of previous chemotherapy. To your point, if we perhaps can use melflufen as the smarter chemotherapy earlier, that may be the way to go, because then we don't get the cumulative damage of the genotoxic drugs that patients may have received before being treated with melflufen.

The analogy that I like to use with my patients to help them visualize this is a military one. Our combination therapies are currently the Army, Navy, Air Force, and Marines, incorporating lenalidomide, bortezomib, dexamethasone, and daratumumab for example, with high-dose therapy using melphalan analogous to a B-52 strike. I would propose that what may be ideal is a guided missile, not a B-52 strike, which is what melflufen arguably is. Figuratively then, it's going to put the warhead straight down the snout of the disease and spare the surrounding normal tissues, minimizing collateral damage. Thus, patients don't suffer from alopecia and they don't develop mouth sores or significant diarrhea.

In short, melflufen is promising. It is more potent and less toxic than melphalan, and melphalan itself has been such an important drug in the field. In 2021, melflufen has the potential to make treatment of multiple myeloma significantly better.

In this spirit, a key phase 3 study is addressing the use of melflufen and dexamethasone in earlier disease–namely the OCEAN study for patients with relapsed and refractory myeloma, after one to three prior lines of therapy and enriched for lenalidomide resistance–with the comparator being pomalidomide and dexamethasone.

The other thing to emphasize is combinations. There is now exciting data with melflufen and bortezomib, as well as with daratumumab in particular, in the so-called ANCHOR study. The treatment of extramedullary disease is also being evaluated in a planned prospective trial. Colleagues are further exploring melflufen in amyloidosis, a related disease which is typically melphalan-sensitive.

What adverse effects are of concern with melflufen, and how are they best managed?

Dr. Richardson: I think the emphasis there would be the suppression of blood counts, and we manage those with growth factor support and, where necessary, platelet support and the support of red cells. There's no significant cardiac toxicity, and there's no neuropathy, although fatigue is sometimes seen.

Is there anything else you'd like to add in speaking about melflufen?

Dr. Richardson: Conveniently it's a once-a-month infusion, which in the context of COVID is very important. We do combine melflufen with dexamethasone because it clearly helps. We did test melflufen as monotherapy; it did work as monotherapy, but not as well as when combined with dexamethasone. This suggests synergy between the two agents, not least because all of our patients were steroid-refractory. In addition, another exciting aspect of melflufen is that so far we've seen it partner very well with other drugs, as mentioned before, which bodes well for its future use more broadly in myeloma therapy overall.

Dr. Richardson led the development of several first and second-generation novel drugs for the treatment of Multiple Myeloma (MM), including bortezomib, lenalidomide, pomalidomide, ixazomib and panobinostat. More recently, his clinical innovations have been in the development of the breakthrough monoclonal antibodies elotuzumab and daratumumab for the treatment of both untreated and relapsed myeloma, as well as other immunotherapeutic strategies, including isatuximab and belantamab mafodotin. In addition to these agents, he has helped lead the development of a first-in-class small molecule inhibitor selinexor, and most recently melfufen, FDA approved in 2021.Other innovations include the study of first-in-human trials of orally bioavailable cereblon E3 ligase modulators (so called CELMoDs) for the treatment of relapsed and refractory myeloma, which are now entering more advanced studies as their remarkable efficacy is becoming apparent. His development of the so-called RVD regimen for newly-diagnosed MM patients, combining lenalidomide, bortezomib and dexamethasone, generated an unprecedented response rate through therapeutic synergy and demonstrated favorable tolerability, leading to its establishment as a backbone treatment regime globally and to which next-generation agents are being added, such as daratumumab (RVd-Dara). One of the most important other therapeutics he has developed from original concept to approval is defibrotide, a first in class oligonucleotide which is the only therapy currently indicated for the treatment of Veno-Occlusive Disease/Sinusoidal Obstruction Syndrome (VOD/SOS), an otherwise deadly complication of stem cell transplantation, especially seen in the allogeneic setting,and which is now being applied to a number of endothelial injury syndromes, including endotheliitis underpinning a variety of inflammatory states, such as COVID19.

He has published extensively, having authored or co-authored over 440 original articles and 360 reviews, chapters, and editorials in peer-reviewed journals. In addition to holding positions on the Editorial Boards of leading journals, he is prior Chairman of the Multiple Myeloma Research Consortium (MMRC) Clinical Trials Core (USA), and was appointed Chair of the Alliance Myeloma Committee (USA) in 2011, where he continues to serve in this role. Amongst numerous honours, he was awarded an honorary Fellowship of the Royal College of Physicians (UK) in 2009; was a co-recipient of the prestigious Warren Alpert Foundation Prize in 2012; the Ernest Beutler Prize from the American Society of Hematology in 2015; the IMF Robert A. Kyle Lifetime Achievement Award in 2017, and the Clare and Richard Morse Research Award (DFCI) in 2019, all in recognition of extraordinary contributions to his field.

Elizabeth Heller, PhD, is an Associate Editor at i3 Health and is a regular contributor to Oncology Data Advisor.