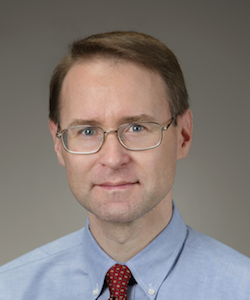 Chimeric antigen receptor (CAR) T-cell therapy has shown great promise in hematologic malignancies, with treatments currently FDA approved for aggressive, refractory non-Hodgkin lymphoma and for relapsed/refractory acute lymphoblastic leukemia in patients up to the age of 25. Now, a phase 1 clinical trial of bb2121, a CAR T-cell therapy targeting B-cell maturation antigen (BCMA), has demonstrated antitumor activity in patients with heavily pretreated multiple myeloma. In this interview with i3 Health, James Kochenderfer, MD, senior author of the multicenter phase 1 study of bb2121, discusses the significance of this development for patients with relapsed/refractory multiple myeloma.

Why does targeting BCMA work in relapsed/refractory multiple myeloma?

James Kochenderfer, MD: First of all, CAR T-cell therapy involves genetically modifying T cells with the CAR and then infusing the T cells as a therapy for malignancy. The genetically modified T cells express the CAR on their cell surface, giving the T cells the ability to recognize malignant cells. In most cases, including the current trial being reported in The New England Journal of Medicine, the T cells are obtained from the patient.

I invented the first anti-BCMA CARs. My group was also the first to test anti-BCMA CAR T cells in humans in a clinical trial at the National Cancer Institute, using a CAR T-cell product that was different from bb2121. This earlier work led to the current bb2121 trial.

Can you comment on the significance of the trial results concerning bb2121 for relapsed/refractory multiple myeloma?

Dr. Kochenderfer: Chimeric antigen receptor (CAR) T-cell therapy is a new therapy for multiple myeloma that is different from any standard multiple myeloma therapy. Anti–B-cell maturation antigen (BCMA) CAR T cells have been tested previously in single-center phase 1 trials, but the results published in The New England Journal of Medicine were from the first multicenter clinical trial in the United States.

bb2121 is an anti-BCMA CAR T-cell product in which the patient's own T cells are genetically engineered with a lentivirus encoding an anti-BCMA CAR. The trial enrolled very heavily pretreated patients who had myeloma resistant to many prior lines of therapy. Despite this, there was an 85% response rate and a median progression-free survival of 11.8 months with bb2121 therapy.

It is important to remember that patients get no further therapy after the single infusion of bb2121 T cells, so during the progression-free survival period, they are free to live their lives without taking any chemotherapy or other treatments. This is a big benefit to the patients.

How does bb2121 compare with current treatments for relapsed/refractory multiple myeloma?

Dr. Kochenderfer: It depends on the treatment. Comparative trials have not been done, so we can't say for sure. In the discussion of the New England Journal of Medicine paper, we mention this. Many patients with relapsed/refractory myeloma who are as heavily pretreated as the patients enrolled on the trial of bb2121 only get median response durations of 3 to 4 months with standard therapies. Many patients resistant to standard therapies can have significant responses after anti-BCMA CAR T-cell therapy.

How do you see the treatment of multiple myeloma evolving in the future?

Dr. Kochenderfer: Right now, bb2121 is in phase 2 trials in the United States, Canada, and Europe. We hope to continue to develop this therapy and to move it earlier in the lineup of multiple myeloma therapies. We are also working on other studies. Specifically, at the NIH (National Institutes of Health), we have a phase 1 trial of a new anti-BCMA CAR T-cell product. In addition, we will soon open a new trial of CAR T cells that have a different target, called SLAMF7 (signaling lymphocytic activation molecule F7).

James Kochenderfer, MD, is an Investigator in the Experimental Transplantation and Immunology Branch of the National Cancer Institute Center for Cancer Research in Bethesda, Maryland. Dr. Kochenderfer is a physician-scientist working to develop immunotherapies for lymphoma, leukemia, and multiple myeloma. His current work focuses on CAR T-cell therapies. Dr. Kochenderfer leads laboratory studies of CAR T-cell biology and clinical studies of CAR T-cell therapies for multiple myeloma and for treatment of B-cell malignancies after allogeneic hematopoietic stem cell transplantation.