New Insights into the Precise Function of CAR T Cells 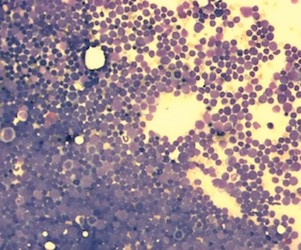 ​Chimeric antigen receptor (CAR) T-cell therapy modifies the patient's own T cells, otherwise known as natural killer cells or cytotoxic T lymphocytes, to enable the T cells to recognize and eliminate a target molecule, CD19, on the cancerous cells. While this form of immunotherapy has great potential in treating B-cell malignancies, relapse does occur in some patients. Researchers have gained new insights into the outcome and dynamics of CAR T-cell interactions in different anatomical sites, revealing important information about how CAR T cells react with the cancer that they are trying to fight. This knowledge can be used to optimize future CAR T-cell therapies and increase their effectiveness.

"Our results identify a previously unappreciated level of diversity in the outcomes of CAR T-cell interactions in vivo, with important clinical implications," state the researchers in their study, which has now been published in the Journal of Experimental Medicine.

Using intravital imaging—a process through which cells of a live animal are imaged using an imaging window implanted into the animal's tissue—to track interactions established by anti-CD19 CAR T cells in mice with B-cell lymphoma, the researchers made several important discoveries. They found that circulating targets trapped CAR T cells in the lungs, diminishing the CAR T cells' access to lymphoid organs. They also found that CAR T cells that engaged, killed, and detached from their targets within 25 minutes were primarily responsible for the tumor apoptosis (cell death) that took place in the bone marrow; however, not all CAR T-cell contacts elicited the necessary calcium signaling or killing in their interactions with tumors. Antigen-loss variants—subpopulations of cancer cells that no longer express the target antigen and thereby escape destruction by T cells, leading to therapy-resistant relapse—emerged in the bone marrow, but not in the lymph nodes, which had reduced levels of CAR T-cell cytotoxic (cell-killing) activity.

"Mathematical simulations based on our experimental data confirm that the efficacy of CAR T cells is primarily based on their ability to engage and directly kill the cancer cell rather than recruiting other immune cells to the tumor site," commented Dr. Philippe Bousso, Head of Structure in the Dynamics of Immune Responses laboratory at the Institute Pasteur and principal investigator of the study. "By identifying the strengths and weaknesses of CAR T cells in action, this research opens up new avenues for exploiting and optimizing the activity of CAR T cells in patients."

Navigating the Selection of Immunotherapy in Metastatic Melanoma With Benjamin Izar, MD