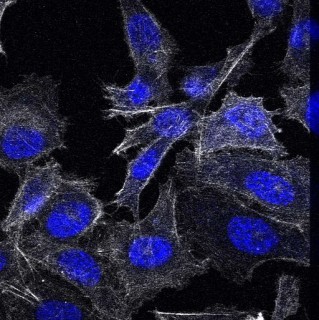 Researchers at the University of York in York, England, have found a way to determine whether a patient's prostate cancer has spread beyond the prostate. This knowledge could be used to treat only those patients for whom therapeutic measures are necessary.

"Unnecessary prostate treatment [not only has] physical consequences for patients and their families but is also a substantial financial burden on the NHS [National Health System], where each operation will cost around £10,000," commented the study's senior author, Norman Maitland, PhD, Professor of Molecular Biology and Director of the YCR Cancer Research Unit at the University of York. "Cancers that are contained in the prostate, however, have the potential to be actively monitored, which is not only cheaper, but has far fewer negative side effects in patients with non–life-threatening cancer."

For the study, published in the British Journal of Cancer, the researchers analyzed data from over 500 cancer tissue samples and compared them with non-cancerous tissue to search for patterns of abnormal DNA methylation. DNA methylation is the process through which methyl groups are added to a DNA molecule, altering a DNA segment's activity without altering its sequence. Whereas methylation in healthy cells regulates the proper expression and silencing of various genes, abnormal methylation can result in cancer.

The researchers found that many of the DNA methylation changes that have been attributed to prostate cancers are in fact differences between luminal and basal cells—the prostate's two primary types of epithelial cells—in both healthy and cancerous tissue samples. They identified methylation changes specific to the two cancer subtypes, luminal tumors and basal tumors. The methylation changes unique to luminal tumors had to do with regulation of metabolic processes, cell proliferation, and epithelial development. These changes distinguished cancerous samples from normal ones; even more importantly, they distinguished cancers confined to the prostate from those that had spread beyond its bounds.

The researchers used changes present in both basal and luminal cancer cells to derive a new prostate cancer signature for 17-CpG methylation. This cancer signature was highly successful in predicting outcomes for the prostate cancer dataset of The Cancer Genome Atlas (TGCA), a database that uses genome sequencing and bioinformatics to catalogue genetic mutations responsible for cancer.

"Using this computer analysis, not only could we see which tissue samples had cancer and which didn't, but also which cancers were dangerous and which ones less so," explained the paper's first author, Davide Pellacani, PhD, who began research for this study at York University before moving on to a post-doctoral fellowship at the University of British Columbia. "Out of almost a million markers studied, we were able to use our new tools to single out differences in cancer potency."

The researchers, who are now investigating this method with additional cancer samples, hope that it will one day be used for patients treated in Britain's National Health System (NHS) in order to ensure that prostate cancer treatments are geared toward those who can benefit from them.

Adding Docetaxel to Androgen Suppression and Radiotherapy in High-Risk Prostate Cancer: An Interview With Seth A. Rosenthal, MD, FACR, FASTRO