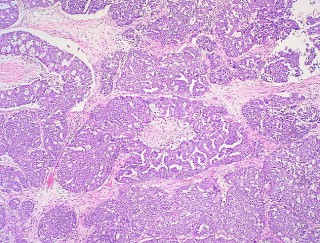 Niraparib achieved an overall response rate of 24% in patients whose tumors were HRD-positive, with an estimated median duration of response of 8.3 months.

"We observed clinically relevant activity of niraparib among women with heavily pretreated ovarian cancer, especially in patients with HRD-positive platinum-sensitive disease," conclude the study authors, led by Kathleen N. Moore, MD, Associate Professor of Gynecologic Oncology at the University of Oklahoma Stephenson Cancer Center, in the study now published in The Lancet Oncology.

In addition, the FDA has approved the Myriad myChoice CDx test as a companion diagnostic for determining HRD tumor status. The recommended dosage of niraparib as later-line treatment for patients with HRD-positive advanced ovarian, fallopian tube, or primary peritoneal cancer is 300 mg taken orally once daily with or without food.

Clinicaltrials.gov (2019). A study of niraparib in patients with ovarian cancer who have received three or four previous chemotherapy regimens (QUADRA). NLM identifier: NCT02354586