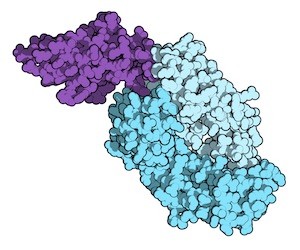 "We report, to our knowledge, the longest combined clinical follow-up for patients with multiple cancer types receiving any anti–PD-L1 drug," the researchers comment in their secondary analysis of data from the phase I CA209-003 trial and expansion cohorts. This trial was the first multidose trial of nivolumab, an immunotherapy drug that works as an agonist of programmed cell death protein 1 (PD-1) and programmed death-ligand 1 (PD-L1).

"The results of this study suggest that survival benefits reported in the more limited follow-up of recent nivolumab randomized clinical trials may persist for prolonged periods in some patients, extending to at least five years," state the investigators in their publication in JAMA Oncology, led by first author Suzanne L. Topalian, MD, Associate Director of the Bloomberg~Kimmel Institute for Cancer Immunotherapy at Johns Hopkins Medicine.

The study enrolled adult patients with advanced melanoma, RCC, NSCLC, castration-resistant prostate cancer, or colorectal cancer between October 2008 and December 2011. To be eligible, patients were required to have received between one and five prior systemic therapies for advanced or recurrent cancer and needed to have measurable disease according to Response Evaluation Criteria in Solid Tumors (RECIST) version 1.0, as well as an Eastern Cooperative Oncology Group (ECOG) performance status of 0 to 2. Patients were excluded for untreated brain metastases, autoimmune diseases requiring immunosuppressive medications, or prior therapy with T-cell modulating antibodies such as anti–PD-1/PDL1 and anti–CTLA-4. For the trial, patients were administered intravenous nivolumab every two weeks in eight-week cycles for up to 12 cycles or until complete response, unacceptable toxicity, disease progression, or withdrawal of consent.

"The estimated five-year survival rates… exceed survival rates expected from conventional second-line or third-line therapies available for patients at the time that this trial was conducted," state the researchers, noting that all patients involved in the trial were previously treated, many of them heavily so, with 40.4% having received at least three prior lines of therapy.

The researchers identified a number of factors that were negatively correlated with five-year survival, including greater baseline tumor burden and baseline presence of bone, lung, and visceral metastases. An ECOG performance status of 0 was correlated with a higher rate of five-year survival, compared with an ECOG status of 1. In 245 patients for whom radiographic data was available, the extent of total reduction of tumor burden as measured in target lesions correlated directly with five-year survival. No statistically significant associations were found between survival and patient age, sex, number of prior therapies (one versus two or more), and lymph node or brain metastases, although it is to be noted that untreated brain metastases excluded patients from the trial.