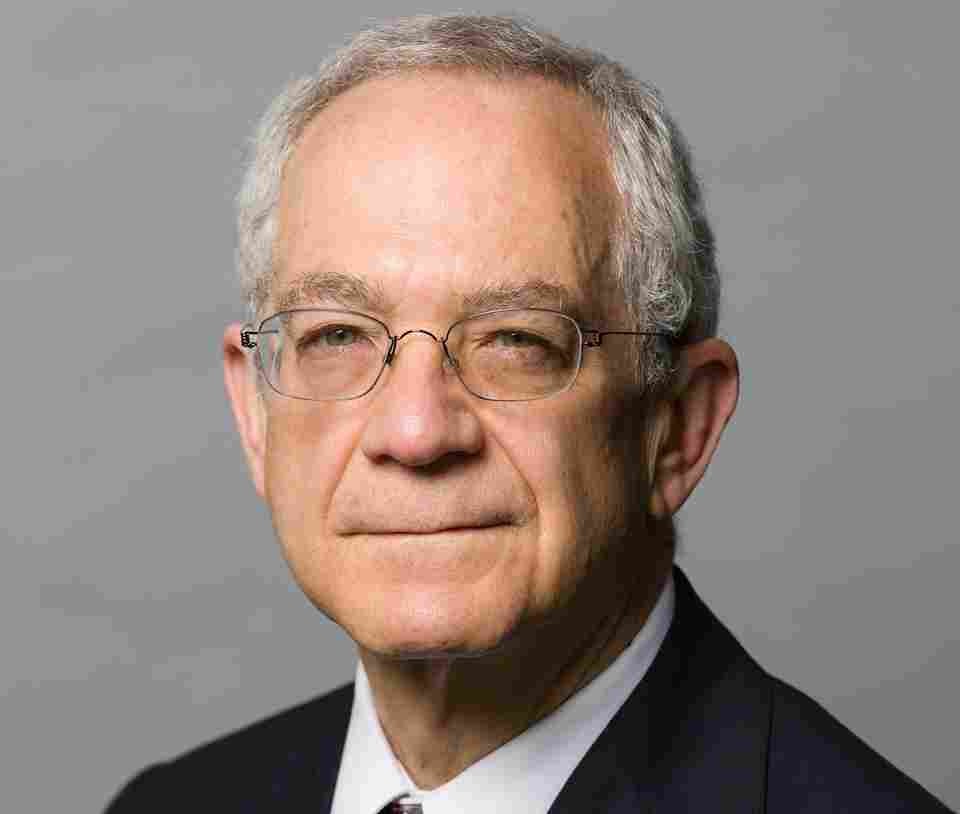 The FDA's recent accelerated approval of pomalidomide (Pomalyst®, Celgene) for Kaposi sarcoma in patients with and without HIV marked the first approval for this cancer in over 20 years. In this interview with i3 Health, Robert Yarchoan, MD, Chief of the HIV and AIDS Malignancy Branch at the National Cancer Institute (NCI) and principal investigator of the phase 1/2 Study 12-C-0047, which served as the basis for the approval, discusses pomalidomide's efficacy and safety, as well as additional research advances that are taking place in Kaposi sarcoma.

What are the greatest challenges of treating patients with Kaposi sarcoma?

Robert Yarchoan, MD: Kaposi sarcoma is different from just about all other tumors in that it is a multicentric tumor caused by a gammaherpesvirus, Kaposi sarcoma-associated herpesvirus (KSHV), also called human herpesvirus-8. Particularly in patients with HIV/AIDS or immunosuppression from other causes, KSHV-infected endothelial cells can proliferate. Kaposi sarcoma is comprised of these proliferating so-called spindle cells, which can then form oligoclonal or monoclonal lesions.

While various therapies can cause partial or sometimes complete responses in Kaposi sarcoma, the virus cannot be eradicated, and the tumor will often recur, especially in patients who continue to be immunosuppressed. Thus, this cancer cannot ever really be considered to be cured, and patients often have to be retreated on multiple occasions. As patients often need to be retreated for years, the cumulative toxicities of drugs used to treat Kaposi sarcoma, such as cardiac toxicity from anthracyclines, can limit therapeutic options and pose a challenge for long-term therapy. Another challenge is that Kaposi sarcoma can lead to chronic changes, such as woody edema in the lower extremities, which can persist and cause substantial morbidity even when the cancer is brought into remission.

As noted, Kaposi sarcoma develops most often in patients infected with HIV, those who are otherwise immunosuppressed, or those who are elderly. Physicians need to be alert for possible interactions between Kaposi sarcoma drugs and other drugs these patients are on, such as antiretroviral therapy. In addition, immunosuppressed and elderly patients often have other comorbidities. Advanced Kaposi sarcoma can affect many sites in the body, and patients may also have other diseases caused by KSHV, such as primary effusion lymphoma, multicentric Castleman disease, or KSHV-associated inflammatory cytokine syndrome (KICS). These can be difficult to diagnose and are all associated with increased levels of inflammatory cytokines, which can cause severe symptomatology and also exacerbate Kaposi sarcoma.

Finally, with the widespread use of antiretroviral therapy, Kaposi sarcoma is relatively rare in the United States, and most physicians these days have little experience in treating it.

Can you comment on the significance of the FDA's approval of pomalidomide in this population?

Dr. Yarchoan: Pomalidomide, an analog of thalidomide, is the first drug approved for Kaposi sarcoma in over 20 years. It is also the only oral drug for this condition. Before pomalidomide, the only systemic drugs approved for Kaposi sarcoma were liposomal anthracyclines (especially liposomal doxorubicin), paclitaxel, and interferon alpha, which is associated with substantial toxicity and is rarely used. Several other cytotoxic chemotherapy drugs have activity against Kaposi sarcoma but are less active and/or are more toxic. Liposomal doxorubicin is relatively well tolerated, but it is associated with cumulative cardiac toxicity that limits the total lifetime dose that can be administered. Paclitaxel has more severe short- and long-term toxicities. Given that Kaposi sarcoma often has to be treated repeatedly, some patients run out of therapeutic options.

Pomalidomide adds to this armamentarium and avoids the use of cytotoxic chemotherapy. It appears to largely work against Kaposi sarcoma through immunologic and possibly anti-angiogenic mechanisms, although this is still a matter of investigation. Because it is oral and is generally well tolerated, pomalidomide may have great utility in sub-Saharan Africa, where Kaposi sarcoma is one of the most common tumors overall, as long as it is made affordable in these areas and means are found to avoid it being taken by pregnant women.

How does pomalidomide compare with other treatment options for Kaposi sarcoma, in terms of both efficacy and adverse events?

Dr. Yarchoan: Pomalidomide is now approved by the US Food and Drug Administration as first-line therapy for HIV-negative Kaposi sarcoma and HIV-associated Kaposi sarcoma (HIV-KS) that has failed antiretroviral therapy. First of all, it is worth pointing out that it has to date only been studied in a small single-arm study conducted at the NCI. No head-to-head comparison has been made with liposomal doxorubicin or paclitaxel, making it hard to assess the anti-tumor activity of pomalidomide as compared with either of these agents. Since it appears to work against Kaposi sarcoma primarily through an immunologic mechanism rather than as a cytotoxic drug, it may not be as active in severe Kaposi sarcoma as liposomal doxorubicin or paclitaxel, but this has not been formally studied.

Pomalidomide has a somewhat different toxicity profile as compared to liposomal doxorubicin or paclitaxel. The main short-term toxicities associated with liposomal doxorubicin are infusion reactions and hand-foot syndrome. Paclitaxel is also associated with infusion reactions, as well as other short-term toxicities, including neutropenia, gastrointestinal symptoms, and neuropathy. The main serious toxicities associated with pomalidomide are neutropenia and diarrhea. It can also cause venous and arterial thromboembolism, so thromboprophylaxis is recommended. Moreover, pomalidomide is an analog of thalidomide, a teratogen that can cause severe embryofetal toxicities, and it similarly has the potential to cause severe birth defects. It is thus only available on a restricted distribution program to prevent its being administered to pregnant women.

The initial trial of pomalidomide excluded patients with symptomatic pulmonary or visceral Kaposi sarcoma, and I would avoid using it in those patients until more is known. Also, given that it boosts immune function, it should not be used at the time that antiretroviral therapy is started in patients with HIV-KS because of the potential risk of immune reconstitution inflammatory syndrome (IRIS), which may exacerbate Kaposi sarcoma; in fact, it is not approved in HIV-KS patients unless they have failed antiretroviral therapy alone. This is an area for future research. On the other hand, pomalidomide may be useful in Kaposi sarcoma patients who want to avoid taking cytotoxic chemotherapy. All this having been said, any physician using pomalidomide should carefully read the FDA label and follow its guidance.

Is further research being done on pomalidomide for Kaposi sarcoma? What additional research advances are on the horizon for this condition?

Dr. Yarchoan: First of all, I want to acknowledge the important role of Dr. Mark Polizzotto, who spearheaded the initial study of pomalidomide for Kaposi sarcoma in my group; other members of the research team who conducted this initial study; and the patients who volunteered for it. I also want to acknowledge the roles of Drs. Jerry Zeldis and Joseph Camardo, and others at Celgene Corporation. Finally, I want to thank the Center for Cancer Research in the NCI (part of the National Institutes of Health (NIH) Intramural Program) and Celgene for their support of our clinical trial of pomalidomide in Kaposi sarcoma.

Our study of pomalidomide in Kaposi sarcoma was informed by work by Dr. Robert D'Amato of Boston Children's Hospital, who showed that thalidomide could inhibit angiogenesis, and a previous clinical study in our group, led by Dr. Richard Little, that showed that thalidomide had some activity against Kaposi sarcoma, although its toxicities posed a problem for its use in this disease. Looking forward, additional studies are currently underway or planned to further investigate the use of pomalidomide in Kaposi sarcoma. Our group in the NCI is conducting a trial of the combination of pomalidomide and liposomal doxorubicin in advanced Kaposi sarcoma, and the NCI-funded AIDS Malignancy Consortium is planning trials to further assess pomalidomide for Kaposi sarcoma in the United States and in low- and middle-income countries. In the past few years, a lot has been learned about Kaposi sarcoma and KSHV, the virus that causes it, and a number of other therapies are being explored that build on this knowledge. The AIDS Malignancy Consortium is conducting trials of recombinant EphB4-I fusion protein and the HIV protease inhibitor nelfinavir for Kaposi sarcoma, and our group is studying a targeted cytokine, NHL-IL12.Also, the NCI-funded Cancer Immunotherapy Trials Network has shown that the checkpoint inhibitor pembrolizumab can be safely administered to patients with HIV-associated tumors and has some activity in these tumors. The Network is now studying its specific activity against HIV-KS.

Robert Yarchoan, MD, is a Senior Investigator and Chief of the HIV and AIDS Malignancy Branch at the NCI's Center for Cancer Research, and he is also Director of the Office of HIV and AIDS Malignancy in the NCI Office of the Director. Dr. Yarchoan played a crucial role in developing the first successful drugs to treat HIV infection, including zidovudine (AZT) and didanosine (ddI); in developing paclitaxel for Kaposi sarcoma; and in developing effective therapies for KSHV-associated multicentric Castleman Disease. His current research efforts focus on understanding and developing treatments for HIV-associated malignancies, particularly those caused by KSHV. Dr. Yarchoan is the recipient of the Assistant Secretary for Health Award, the US Public Health Service Outstanding Service Medal, the NCI HIV/AIDS Research Excellence Award, and the American Society for Microbiology's Abbott Award in Clinical and Diagnostic Immunology, among others. In December 2006, he was the recipient of the first NIH World AIDS Day Award. He is a Fellow of the American Association for the Advancement of Science (AAAS) and is a Member of the American Society for Clinical Investigation, the Association of American Physicians, and the American Academy of Microbiology.

Dr. Yarchoan's research is funded in part by Cooperative Research and Development Agreements (CRADAs) between Celgene Corporation and the NCI. Dr. Yarchoan is also a coinventor on US Patent 10,001,483, entitled "Methods for the treatment of Kaposi's sarcoma or KSHV-induced lymphoma using immunomodulatory compounds, and uses of biomarkers." The patent application for this was filed in part based on the results of NCI protocol 12-C-0047, entitled "A Phase I/II Study of the Safety, Pharmacokinetics and Efficacy of Pomalidomide (CC-4047) in the Treatment of Kaposi Sarcoma in Individuals with or without HIV." It is his understanding that foreign patents have also been filed for this invention. This invention was made as a full-time employee of the US government under 45 Code of Federal Regulations Part 7. All rights, title, and interest to this patent have been or should by law be assigned to the US Department of Health and Human Services. The government conveys a portion of the royalties it receives to its employee-inventors under the Federal Technology Transfer Act of 1986 (P.L. 99-502).

Clinicaltrials.gov (2020). Pomalidomide for Kaposi sarcoma in people with or without HIV. NLM identifier: NCT01495598.

Transcript edited for clarity. Any views expressed above are the speaker's own and do not necessarily reflect those of i3 Health or the Department of Health and Human Services.