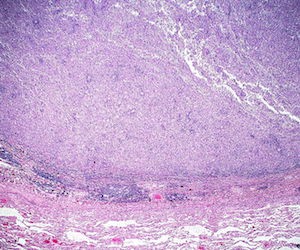 In a study published in JCI Insight, researchers revealed a specific semaphorin called Semaphorin 7a (SEMA7A) as a target gene of EGFR mutations that plays a significant role in activating extracellular signal-regulated kinase (ERK) signals. When ERK signals are activated, cancer cell death is stopped, thereby inhibiting the effectiveness of EGFR TKIs.

"After identifying Semaphorin 7a's high expression in association with EGFR mutation in cell assays, we then confirmed comparable results in human clinical samples of lung adenocarcinoma," remarked principal investigator and senior author Atsushi Kumanogoh, MD, Professor at Osaka University's Immunology Frontier Research Center. "When we knocked down Semaphorin 7a expression, we found that cells became less resistant to EGFR-TKI drugs, while the opposite happened when we overexpressed this protein."

The investigators postulate that SEMA7A could serve as a biomarker to predict EGFR-TKI drug efficacy and prognosis in EGFR-mutated tumors, as well as a potential therapeutic target in patients with adenocarcinoma—the most common type of NSCLC—displaying EGFR-TKI resistance.

"Our work suggests that focusing on Semaphorin 7a could be valuable for predicting the prognosis of lung adenocarcinoma," commented corresponding author Izumi Nagatomo, MD, also of Osaka University's Immunology Frontier Research Center. "Regarding treating this disease, our findings could also be beneficial, as we showed that positive treatment effects could be extended by combining EGFR inhibitors and MEK inhibitors in treatment-resistant lung cancer cells."