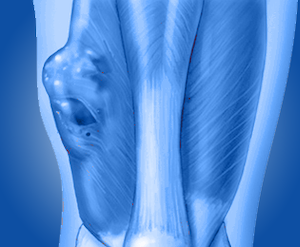 Soft tissue sarcoma, a rare cancer in tissues that connect, support, and surround body structures, is found in various age groups and typically has a five-year survival rate of 65%. When investigators conducted research comparing the clinical presentation, histological subtype, treatment, and outcome of soft tissue sarcoma in adolescents and young adults versus older adults, they found several differences between the two populations that could aid in future research on this disease.

For this study, published in Cancer, the researchers collected information from the Scandinavian Sarcoma Group Central Register database for the years 1986 to 2011 on 4,977 patients with soft tissue sarcoma, including 868 adolescents and young adults, aged 18 to 39, and 4,109 older adults, aged 40 to 80.

Significant differences involving presentation, treatment, and survival were discovered between the adolescent/young adult population and the older adult population. The soft tissue sarcoma subtype distribution varied between the two populations; older adults were more likely to present with malignant fibrous histiocytoma compared with adolescents and young adults. In addition, older adults were more likely to have tumors greater than or equal to five centimeters in diameter (68% vs 56%) and a higher malignancy grade (75% vs 67%). In most subtypes of soft tissue sarcoma, adolescents and young adults had better overall survival and less disease recurrence than older adults; however, this finding did not apply to those diagnosed with malignant peripheral nerve sheath tumors.

"There are several differences between [adolescents and young adults] and [older adults] with regard to presentation, treatment, and survival, and such differences must be taken into consideration when designing clinical trials," conclude the study authors, led by first author Karin E. Papworth, MD, PhD of Umea University in Sweden. "Additional work also is needed to characterize the potential biological mechanisms underlying these differences."