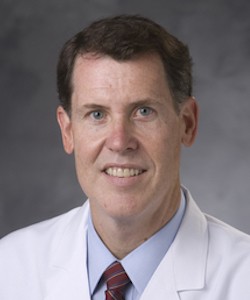 In the past decade, much progress has been made in the management of castration-resistant prostate cancer (CRPC), with numerous new agents improving outcomes in patients with this disease. However, many challenges still remain. In this interview with i3 Health, Judd W. Moul, MD, FACS, Professor of Urologic Surgery at the Duke School of Medicine, discusses strategies that community oncologists and urologists can utilize to determine the best treatment for their patients. He also discusses the role of genetic testing in patients with metastatic disease and the future of molecularly targeted therapies in the evolving treatment of CRPC.

With all the recent progress and approvals in CRPC, what are some of the challenges that remain?

Judd W. Moul, MD, FACS: That's a good question. On one hand, we have all these choices and it's been wonderful to have more choices for our patients, but the biggest challenge we face is that we don't really know which one is best and they haven't necessarily been compared head to head. Therefore, it's still up to the individual doctor to have a conversation with their patient and explain the pros and cons. For example, in non-metastatic CRPC, we have three excellent options in enzalutamide, darolutamide, and apalutamide. The drugs are all incredibly effective; however, which one do we pick?

That's going to be up to the physician to read the information, learn the data, and understand the side effect profile. Quite frankly, some of it is probably going to have to do with his relationship with the company who makes that particular product.

How do you determine which antiandrogen therapy to use for patients with non-metastatic CRPC?

Dr. Moul: For non-metastatic CRPC, we want to ensure that the patient actually has non-metastatic CRPC. The patients would typically get a bone scan and a CT scan that show no metastatic disease. They would have to have a testosterone level that's less than 50 ng/dL and they would have to have a rising prostate-specific antigen (PSA) level on hormone therapy. Generally, the PSA is going to be greater than 2.0 ng/mL before we would consider one of those agents, and we want to pick patients who have a lower or more rapid PSA doubling time, typically less than 10 months. Although, the physician has discretion and doesn't have to ensure that it's less than 10 months.

There are certain obvious factors to consider in treatment selection. For example, if the patient had a seizure disorder or had a risk factor for seizures, then darolutamide would be the choice, because that does not have seizure associated with it. But if the patient is otherwise healthy with no seizure disorder or risk factors for seizure, it's really difficult to know because they're all effective. No one knows which one is "best" and they all seem to delay metastasis by about two years.

Can you talk about the role of biomarkers and genomic testing in metastatic CRPC?

In the other situation, a patient would give either a sputum sample or a blood sample to see if they inherited one of these mutations. If the patient is advanced, the doctor would order a biopsy to be done on an area of metastasis to test that tumor tissue to see if they had a mutation in one of these genes. Generally, if the patient had a mutation in one of these DNA repair genes like BRCA2 or ATM, then they may go down a pathway of novel therapy with a poly (ADP)-ribose polymerase (PARP) inhibitor, for example.

What best practices would you recommend for community oncologists or urologists who are managing CRPC?

Dr. Moul: I would be proud if a community urologist continued to be involved in this area. It's part of urology heritage to treat advanced prostate cancer. Not every urologist is going to do this, but ideally, we need at least one urologist in each group practice to stay abreast of this area. That urologist should be comfortable with the new agents, understand the genetic testing, and understand the sequencing in order to teach his/her partners what to look for.

What are some promising advances in CRPC treatment that you expect to see in the near future?

Dr. Moul: As molecular medicine has gotten more sophisticated, we are starting to see the ability to look into the molecular biology of the tumor metastasis or circulating tumor cells and use molecularly directed therapies. That's probably where the field will go because we've made these great advances with abiraterone, enzalutamide, apalutamide, and darolutamide. We're getting definite improvements in survival, extended quality of life, and life expectancy, but patients are ultimately still succumbing to metastatic prostate cancer.

It's going to be a long process, but if we can interrogate the molecular genetics of these more mutated tumors, then we can have directed therapy in the future. The progress that we made between 2010 and 2020 is unbelievable. It's possible we could be a further leap ahead in 2030.

Judd Wendell Moul, MD, FACS, is the James H. Semans MD Professor of Urologic Surgery at the Duke School of Medicine. Dr. Moul is a retired colonel and a noted researcher and clinician in the area of prostate cancer. He is a urologic oncologist who has received numerous honors and awards, including the Gold Cystoscope Award from the American Urologic Association as well as Castle Connelly Physician of the Year for Clinical Medicine in 2009. He has performed more than 2,000 radical prostatectomies since joining the Duke faculty and is committed to outcomes research on this series and in other areas of prostate cancer. In addition to having co-authored hundreds of peer-reviewed publications, Dr. Moul currently serves on the editorial board for several journals including Clinical Genitourinary Cancer and Prostate Cancer and Prostatic Diseases.