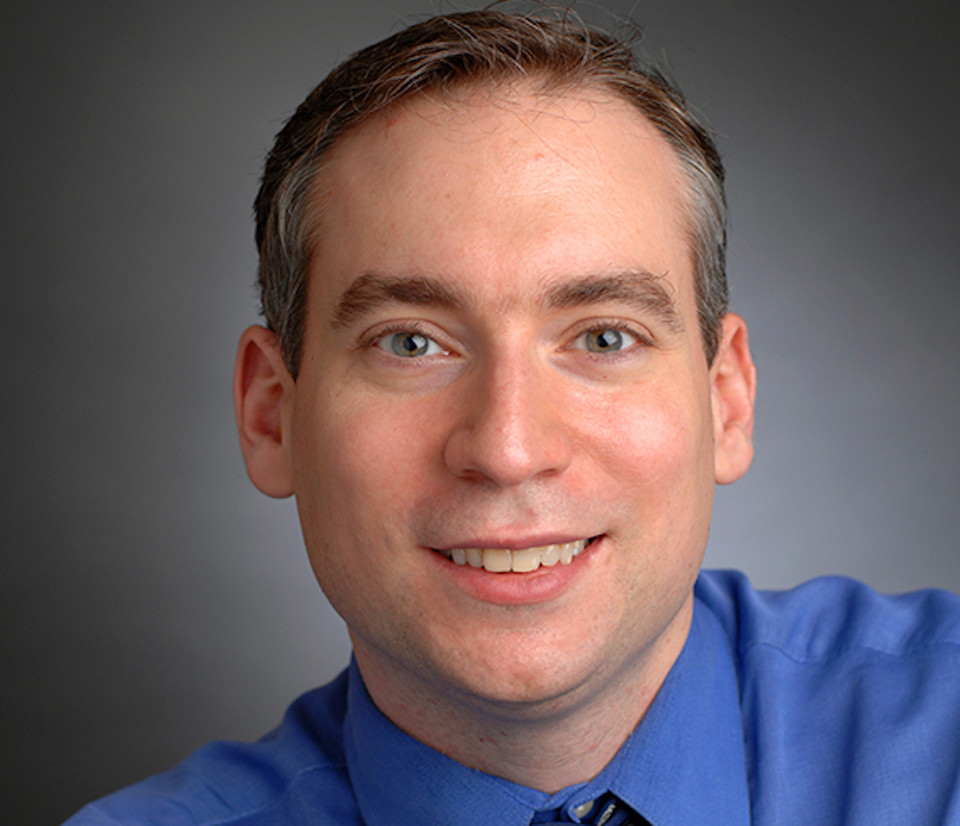 On World Cancer Research Day, Dr. Thomas Abrams, Assistant Professor of Medicine at Harvard Medical School and the new Editor in Chief of Oncology Data Advisor, discusses his career as a gastrointestinal cancer researcher, the recent advancements that have been made, and the progress that is on the horizon in this field.

Thomas Abrams, MD: My name is Tom Abrams. I'm a gastrointestinal (GI) medical oncologist at Dana-Farber Cancer Institute. I've been there since 2006, and I see patients and engage in clinical research. It's been a wonderful career for me there.

I'm really excited to be Editor in Chief of Oncology Data Advisor. This is a really fantastic online journal trying to spread information about cutting-edge treatments in oncology. We have a wonderful editorial board filled with experts in the field. I think we can really continue to grow the journal and make it something that I think will be a resource for anyone interested in oncology.

Keira Smith: Thank you so much, Dr. Abrams, and we're really excited to work with you.

Keira Smith: What led you to become a researcher in the field of gastrointestinal cancer?

Dr. Abrams: Well, I came to medical school at Jefferson Medical College not really knowing that a doctor could have a thriving clinical practice but also engage in research. I knew of doctors, like my pediatrician, who saw patients and that's what he did. That's what I thought of when I went to medical school. But in medical school, I had role models who really did split their time between clinical practice and research. It turned out that they were almost always the best teachers. When I decided during my internship that I wanted to pursue a career in oncology, I did a clinical research project with Larry Baker, who is a sarcoma expert at the University of Michigan, and then stayed at Michigan for fellowship and worked with Dean Brenner on a project in Barrett's esophagus.

These experiences were so fantastic and really shaped the basis of my decision to remain in academics. I knew right away that I didn't have the temperament for bench-based research or being a full-time researcher, and that wasn't ever my plan. My first love is clinical medicine, but I think it really does give you the chance to branch out intellectually and have a varied and more exciting career—to be able to do multiple things and engage not only in patient care, but in clinical research, as well.

Earlier in my career, I had several grants to do work in patterns of care, basically trying to determine how chemotherapy was used in certain situations. I was fortunate enough to be mentored by Charlie Fuchs, who is one of the great clinical researchers in GI oncology. We learned, interestingly, that in colon cancer, there was relatively low use of some active agents. In gastric cancer, it was kind of like the Wild West; so many different regimens were being used. I think that really contributed to the understanding that there's wide variation in how chemotherapy is being used.

Nowadays, I'm spending more time leading a research group in primary liver cancers. We're enrolling patients at high risk of developing liver cancer into a program of active surveillance, hopefully to improve outcomes, identify novel biomarkers, and allow for early identification of cancer. Ultimately, we would like to expand our efforts to include patients at different stages of illness, but we're still a pretty young group. We have a lot of growth in store, and it's very exciting. The future is bright.

Keira Smith: What are some of the recent advances in the field that have changed the management of gastrointestinal cancers?

Dr. Abrams: Progress is somewhat slow but steady in GI malignancies. We continue to slowly unravel the secrets of the cancer genome, particularly as it pertains to mechanisms of carcinogenesis. We've been able to identify new treatments and new approaches through analysis of these genetic processes. In particular, advances with respect to immunotherapy in treatment of upper GI malignancies, poly–adenosine diphosphate ribose polymerase (PARP) inhibitors for BRCA-mutated pancreatic cancers and immunotherapies in a number of different other GI cancers, including liver cancer, have really changed the outlook for many patients with advanced and even earlier-stage disease.

But I don't think we are anywhere near where we will be in the next 10 to 15 years. I think the field will continue to evolve as genomic pathways are elucidated, as the contribution of the epigenome and the microbiome is elucidated, and as the interactions are understood. Also, tests for early identification of cancer continue to be refined. We're a long way from where we will be, but we're right on the cusp. It's quite obvious that we're making important strides in basic science that are going to translate into the clinical realm, but it's hard to predict.

I think the thing that's hopefully going to really change the field for the better is early detection. Almost every day in the medical literature, you can find articles describing a new blood test or saliva-based test that can detect cancer in its primordial stages—ostensibly, when it can be cured. I treat cancers in the advanced stages—and that's most of my patients–and they are life-limiting. They are ultimately diseases in which the patient's going to die. We can extend survival, and we can preserve quality of life, but we can't cure them. That's not only terrible to hear for the patients, but it's disheartening for us doctors, because we're not curing enough people. But if we have these tests and we can find patients who have preclinical cancers, it would be amazing to me if the cure rates weren't much, much higher. I think that's really going to be the thing that if it delivers on its promise—and that remains to be seen—then the field will change enormously.

Keira Smith: Thanks so much for sharing all of this valuable information with us.

Dr. Abrams: Oh, it's my pleasure. Again, I cannot wait to be part of this, and I'm just so honored. Thank you, Keira, and we'll talk soon. Bye.

Thomas Abrams, MD, is an Assistant Professor of Medicine at Harvard Medical School, a Senior Physician at Dana-Farber Cancer Institute, and the Director of the Liver Cancer Task Force of the Harvard Cancer Center. He is also the Editor in Chief of Oncology Data Advisor. Dr. Abrams specializes in the treatment of patients with gastrointestinal cancers, including pancreatic, gastric, colorectal, esophageal, gallbladder, and primary liver cancers. His primary research interest is the early detection of liver cancers through the discovery and application of novel biomarkers. He has authored or coauthored numerous publications in peer-reviewed journals.

Has Life Expectancy for Adult Survivors of Childhood Cancer Improved?